Brett Metcalfe has claimed his first-round win of the season at Gillman Speedway Stadium this weekend defeating teammate and championship leader Justin Brayton to close the gap to 6 points in the hunt for the championship.

Penrite Honda Racing’s Metcalfe was victorious in front of a home crowd as round 4 of the Australian Supercross Championship once again troubled riders with a triple crown race format, Brayton second and fellow American Jace Owen rounding out the premier class.

“Wow, just wow.  This race has kept me up most nights for many reasons.  Firstly I knew my kids and family would be here and secondly I needed to win to keep my championship hopes alive,” said an elated Metcalfe.

“The Championship is super close. On one hand I am glad it’s my teammate as this is a great position for Penrite Honda but on the other hand, it makes hard as we are both vying for that crown,” 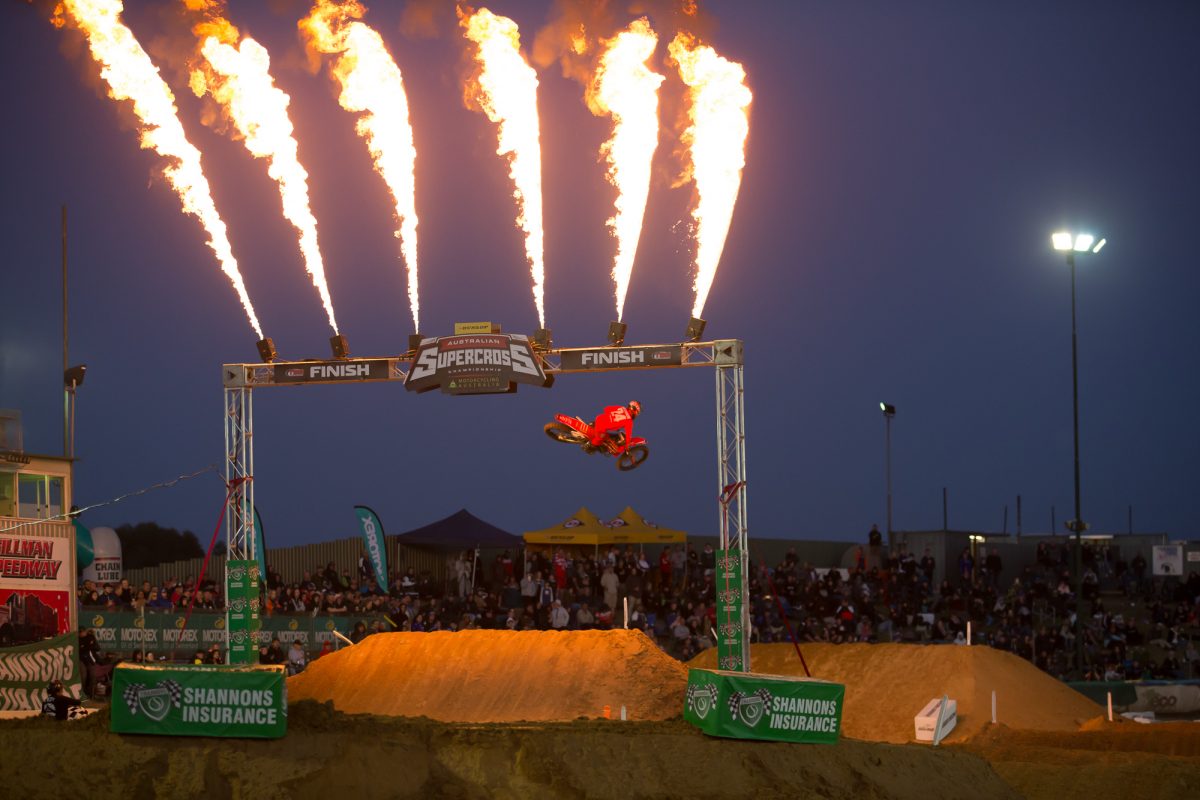 Luke Clout and his KTM Factory Racing team bounced back from an almost season-threatening crash in Geelong last weekend to take the chequered flag first in main event 1, only to be penalised after for jumping through a section of the track that displayed yellow flags, relegating him to fourth. The late penalty gifted Brayton the win with Jace Owen of Complete Parts Kawasaki and Yamaha’s Dan Reardon filing in behind for second and third.

SX1 main event 2 saw the hometown hero Metcalfe claim an early lead and 6-second victory ahead of Jace Owen and Luke Clout with Brayton going down in the last laps to finish in 8th, his worst finish of the season.

Another Penrite Honda Racing 1-2 will see this SX1 Championship go down to the wire and probably final race as both riders look to take the home the championship crown. 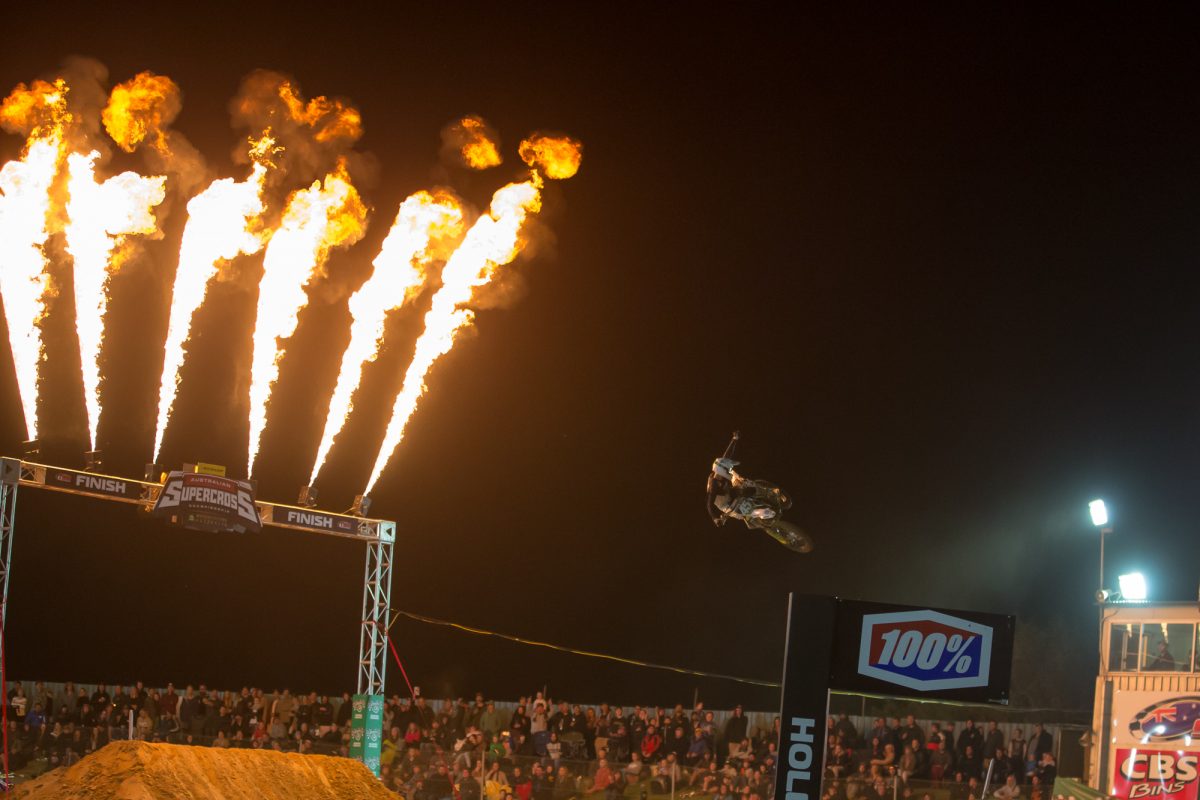 In SX2 we saw the resurgence of Hayden Melross who claimed his first round win of the season and the first for his DPH Motorsport team. After narrowly missing out on the championship last year Melross was all smiles after taking the overall victory ahead of Serco Yamaha’s Jacob Hayes and Raceline KTM Joshua Osby.

Main event one saw Melross claim victory ahead of Hayes and DPH Motorsport teammate Dylan Wills, a standout performance for the #5 this season.

Melross was able to go back to back as he stormed ahead of Serco Yamaha’s Wilson Todd and American Joshua Osby in main event two claiming victory and a tidy lead for the night ahead.

Current red plate holder Jay Wilson fought back in the final race for the class taking the victory ahead of Melross and Hayes to keep the championship points lead alive and disrupt what would have been the perfect night for Melross.

Round 5 and the final saga of the Australian Supercross Championship will be held this November 9&10 at Qudos Bank Arena Sydney, where the 2018 Champions will be crowned.

Head to www.australiansupercross.com.au or ausxopen.com for more information, tickets via Ticketek. 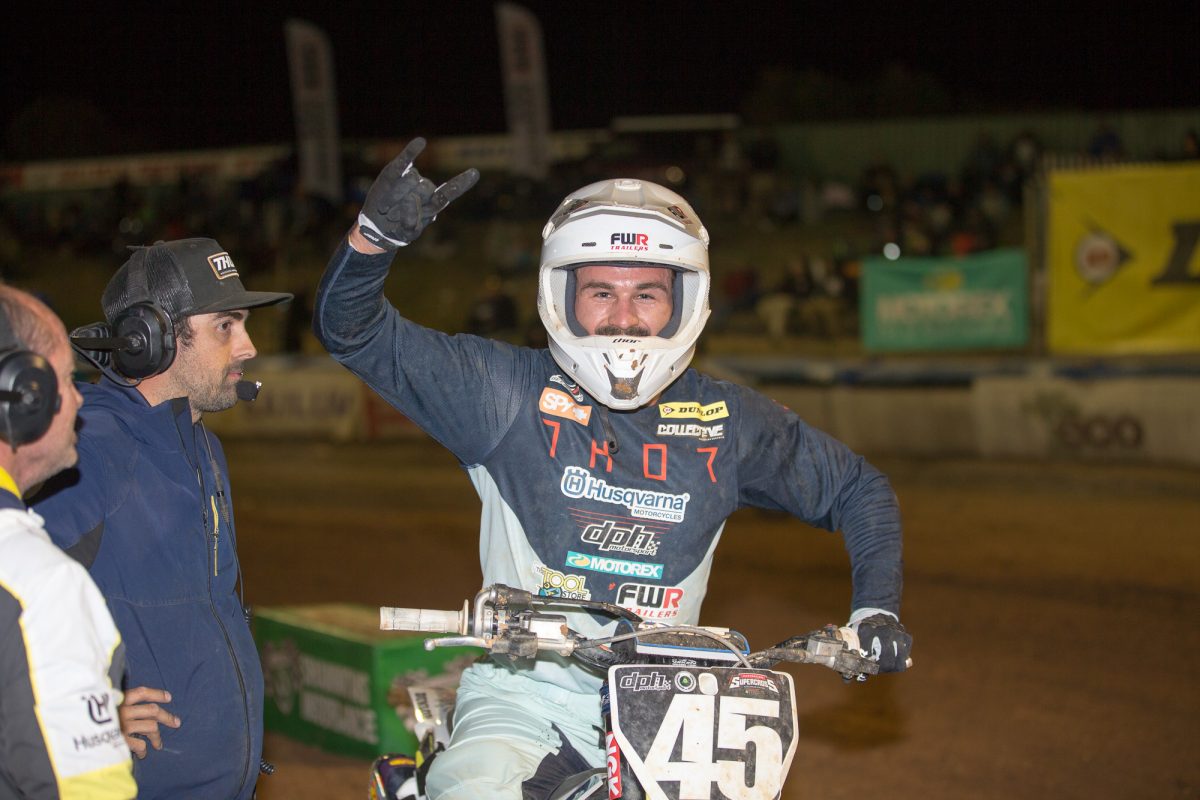