As the Monster Energy S-X Open concludes in Auckland for 2019, fans were treated to an action-packed show that saw the event reach it’s climax when 2018 World Supercross Champion Jason Anderson took the top honours in the premier SX1 Class, and subsequently assumes the points lead in the S-X Open FIM Oceania Supercross Championship.

Anderson didn’t have it easy however, with a stiff challenge from new Australian Championship points leader Luke Clout, who stood on the podium in P2 with a victory in race two of the Triple Crown format, along with South Australian legend Brett Metcalfe, who took third overall.

“I’m stoked to grab the win here in Auckland, the racing was super intense tonight. It’s always a blast to come over here and race in front of these fans – I’ll look to keep the ball rolling come Melbourne,” commented Anderson.

For Clout, a second place to the 2018 World Champion was as good as a win, as he states that he’s ‘back’ after a few turbulent years of supercross and motocross competition.

“I said to my brother this week; I’m back. There’s a lot of stuff behind the scenes that people haven’t seen, and for a while there I didn’t really even want to ride a dirt bike. I’ve got that passion back, and my eyes are back on the United States,” commented Clout.

“It feels so good to extend my points lead. The crowd here was insane tonight; every time they went nuts, I wanted to know what was happening! I’m keen to get back to work and look to wrap up the Australian Championship in Melbourne,” commented Osby.

In his last FMX competition ever, New Zealand native Levi Sherwood catapulted himself into the Auckland night sky with a double backflip, and subsequently edged Blake ‘Bilko’ Williams for the gold medal, in a fitting end to his Freestyle Motocross career in what was an amazing Freestyle Best-Trick contest.

“This means so much to me. To call time in front of my home fans, and to get the gold; I’m speechless. Thank you for the support over the years, it’s been a dream come true,” commented Sherwood.

The ANAZAC vs. USA saw the stars and stripes come out on top when Ricky Carmichael took down Ben Townley in the final race, after Cody Cooper beat Jason Anderson, and Luke Clout topped Joey Savatgy.

The next round will take place in Melbourne’s iconic Marvel Stadium on November 30 for the first time ever, where champions in each category will be crowned, in front of over 35,000 fans, in what will be the largest ever Supercross event in history in the Oceania region.

Tickets are available from ticketmaster.com.au. 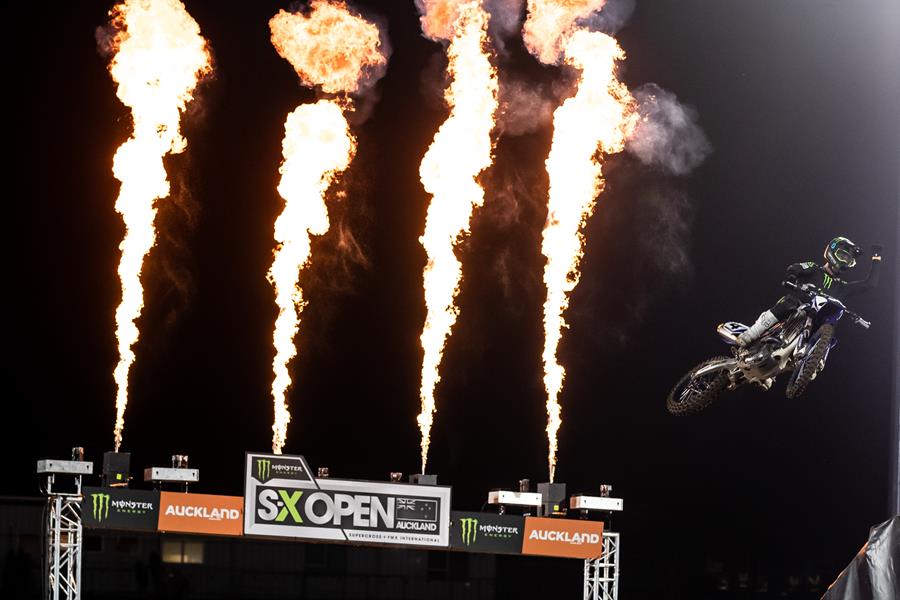 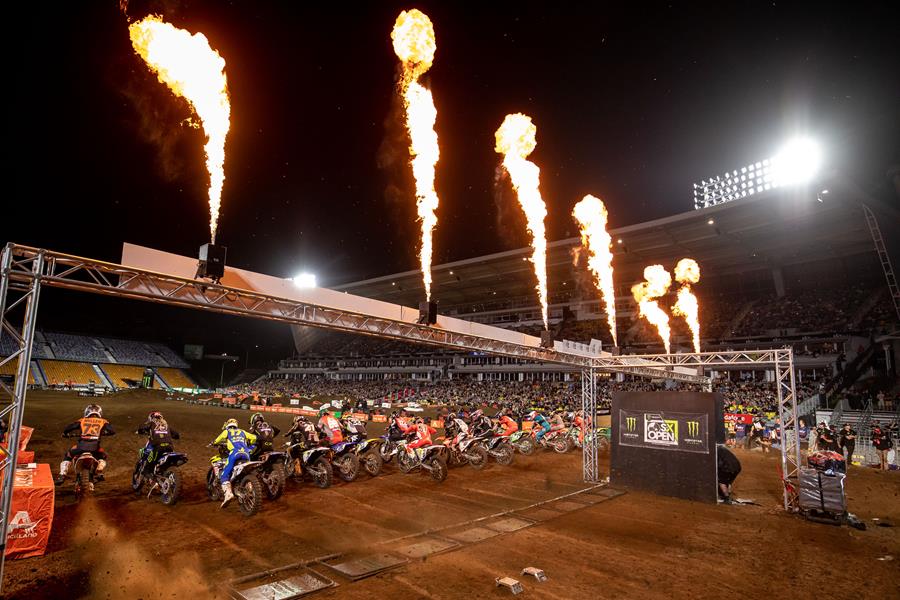 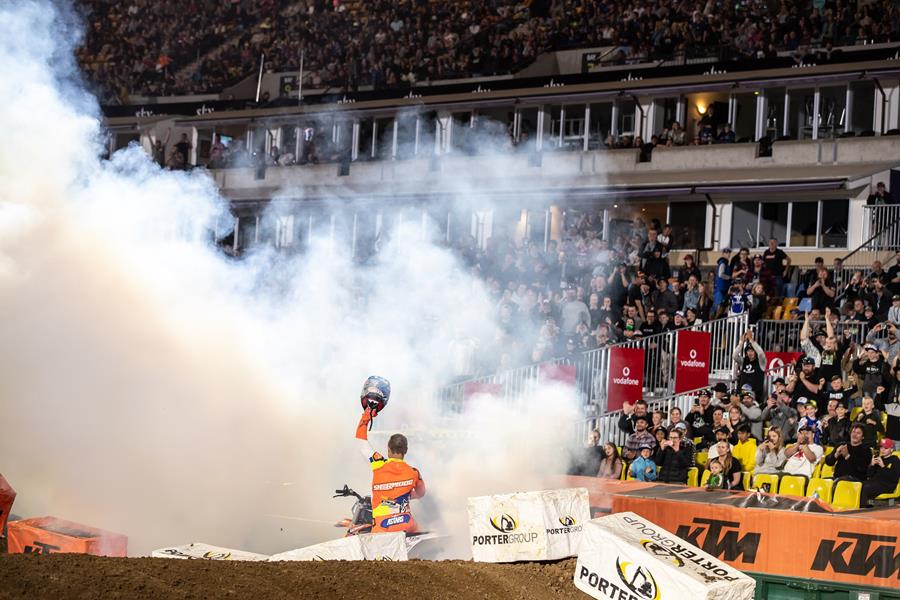 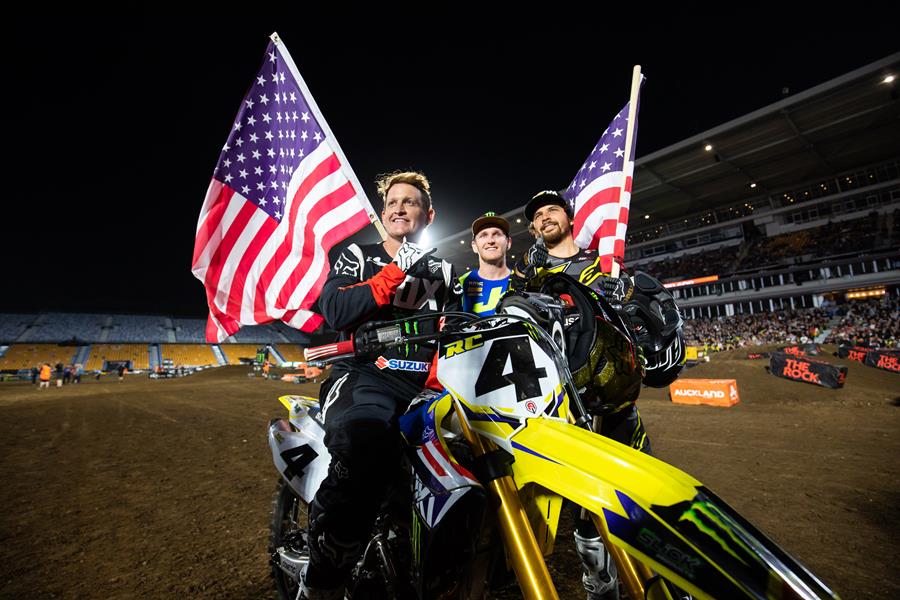