In-form Luke Clout started off the night in perfect fashion, as he laid down the fastest lap in the Boost Mobile Superpole, clocking a time faster than Anderson, Brayton and Chad Reed to name a few. 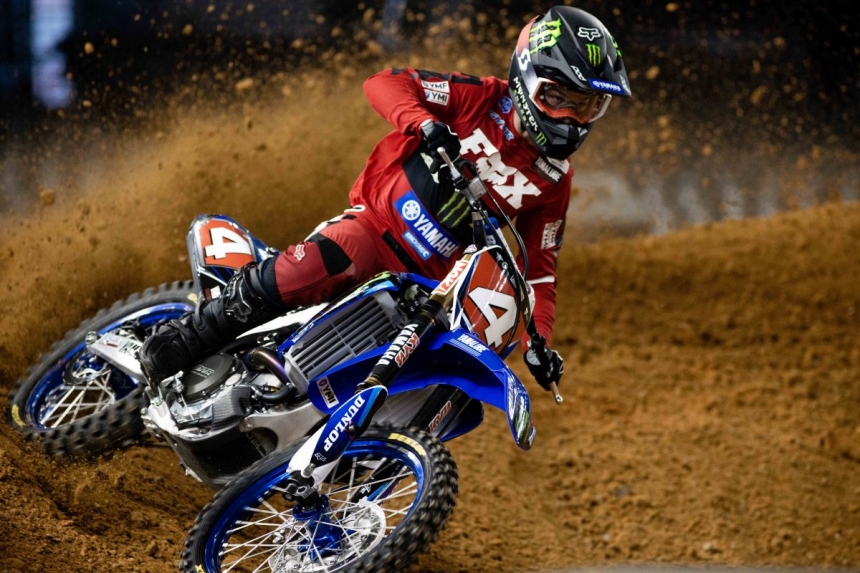 When the SX1 Finals came around, Justin Brayton kicked things off positively with a win, however, his title rival Clout ran into dramas straight away, going down multiple times to finish way down the order. Anderson claimed the race two victories over Brayton, and the third main he did the same, granting he the S-X Open International FIM Oceania Supercross Championship, and Brayton the Australian Supercross Championship.

“I’m stoked I got the win – the last few weeks have been so tough, so to get this championship means a lot. I love this country, thank you so much for welcoming me, and I hope that I’ve done your country proud coming over here and winning four straight,” commented Brayton.

For Anderson, claiming the FIM Oceania Championship is a big tick off the list and something that’ll reside front and centre on the trophy mantle.

“This title is sweet, it’s rad I was able to get it done. The track was slick, racing was tight, but my Rockstar Husky was locked in. Thanks to all the AME boys for putting this on. I love coming down under, and really plan on doing it for some time to come,” commented Anderson. 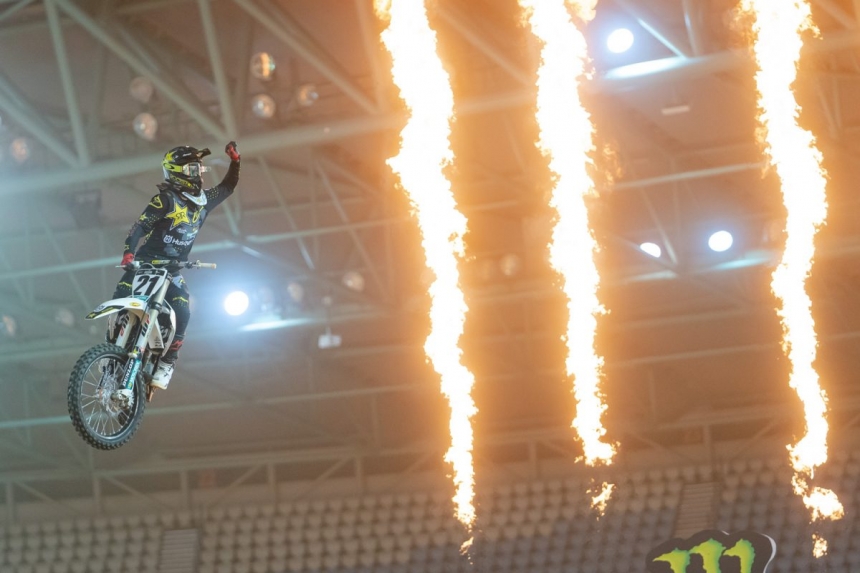 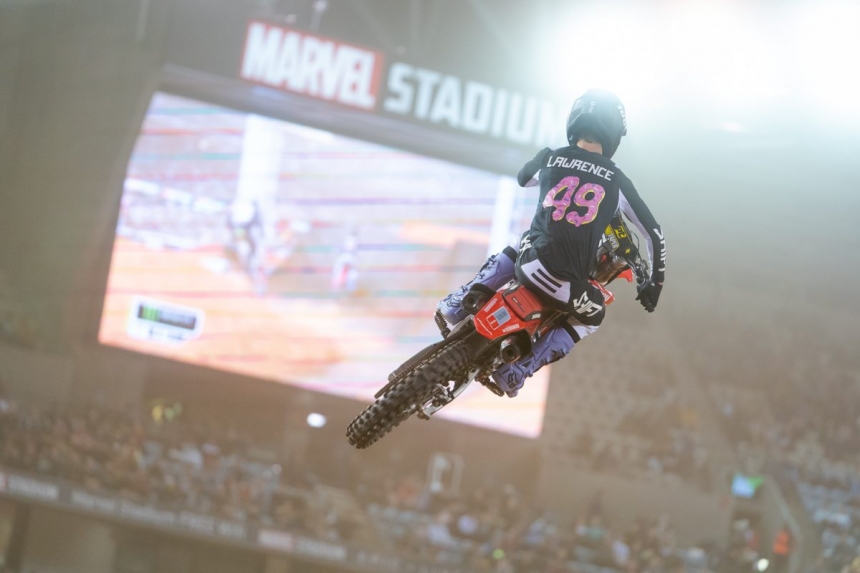 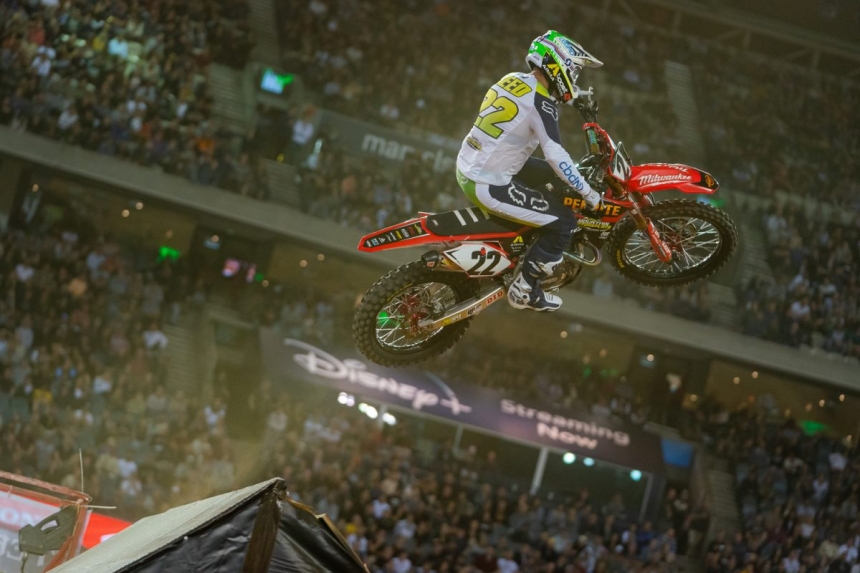 The SX2 Class was once again full of insane racing, with the Triple Crown offering up some incredible action that resulted in Honda’s Mitchell Oldenburg taking the overall victory. In P4 was Australian prodigy Jett Lawrence, who claimed two Knobby Holeshots, as he demonstrated why he has secured a long-term contract with Geico Honda.

The star of the show however in SX2 was American Chris Blose; as he took home the 2019 Australian Supercross Championship.

“Oh man; I can’t explain this. I’m so pumped, the Penrite Honda team worked so hard for this, I did too, and we walk out of here with a number one plate. Thanks to everyone involved, it’s a dream come true to be crowned champion,” commented Blose.

Collingwood F.C superstar Jordan De Goey took out the Yamaha Celebrity Challenge, as he put his previous motocross skills to the test and eventually stretched his lead to five seconds in the two-lap affair. His AFL rival, Jack Riewoldt, finished in second to last, with 2019 Supercars Champion Scott McLaughlin claiming the wooden spoon.

The Polyflor International showdown was taken out by the Australian Team, with Dan Reardon, Luke Clout and Chad Reed taking out the USA trio of Jason Anderson, Josh Hill and Ricky Carmichael.

“I made a career out of passing Ricky in the whoops, so I knew that when that’s what it was going to come down to, I made it happen and flew down the inside,” commented Reed post-race. 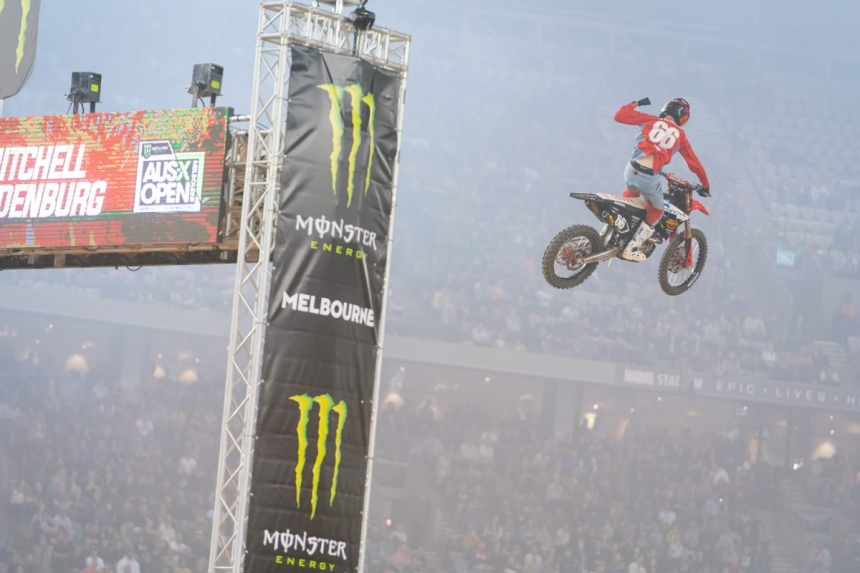 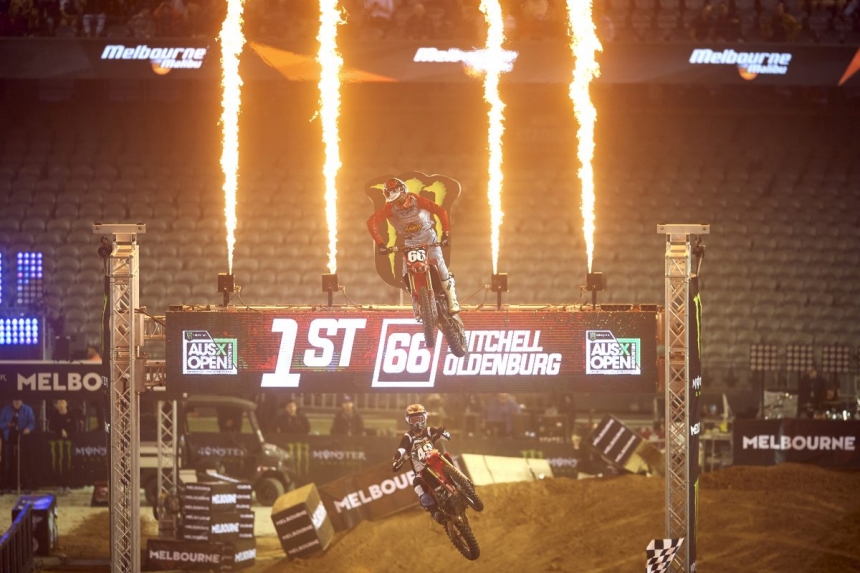 The 2019 Monster Energy AUS-X Open was deemed as a huge success for its the first time in Melbourne’s Marvel Stadium, with 34,971 people coming from all over the globe to witness intense supercross action, world-class entertainment, and the ultimate comfort inside one of Australia’s most prestigious stadium.

Melbourne provided the perfect city for Australia’s biggest ever supercross race, with riders from across the globe participating in cultural activities all throughout the lead up to the event, and staying in the Dockland’s, which overlooks the Melbourne city skyline.

That’s a wrap for supercross action in the Southern Hemisphere for 2019, with 2020 already in the works to become bigger and better than ever, as riders continue to strive for supercross stardom.

The AUS-X Open Melbourne was the final round of the Australian Supercross Championship and is sanctioned by Motorcycling Australia (MA).