Reed Ready For Redemption at Marvel

Chad Reed looks to the final round of the Australian Supercross Championship in Melbourne on the 30th November as his chance for redemption after a rough night in Auckland.

A crash early in the evening took its toll on Reed, resulting in calling it a night to ensure full health for the final round of the Championship.

After sustaining injuries at the ‘Supercross de Paris’ before heading to race in Auckland New Zealand, Reed wasn’t concerned it would affect his performance, having raced professionally for two decades through copious amounts of injuries.

The World Champion was determined to soldier on; “I lined up for practice and qualifying no problems.  I wasn’t at my best but I didn’t fly all the way to New Zealand to be a spectator. I was ready to race the complete night program.” 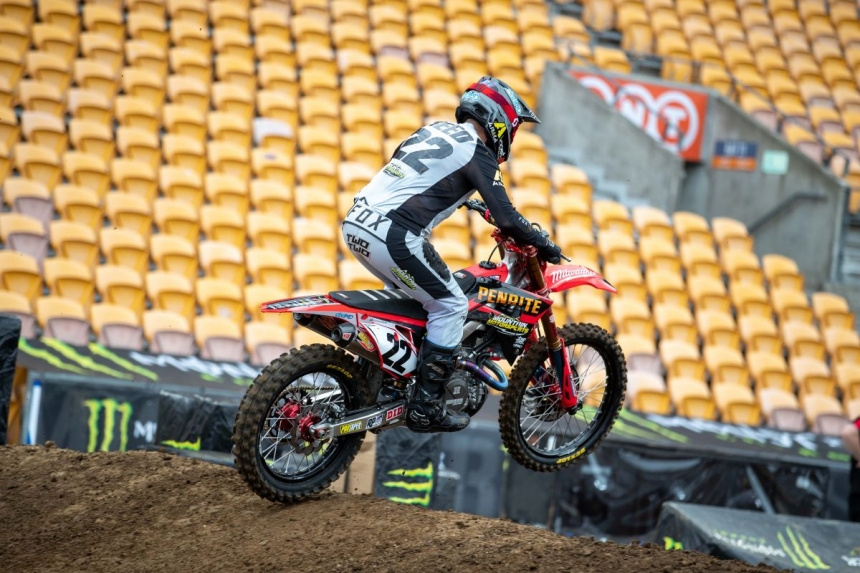 Although the crash looked small, it took the wind out of Reed’s lungs and the reigning Oceania Champion made a conscious decision to retire from the night early to be better prepared for the final round in Melbourne.

“It sucks, I am a racer and I want to race.  I have new sponsors in Penrite Oil and Milwaukee and I have thousands of race fans coming to watch so it is equally disappointing for me. I am glad I was strong enough to race tonight and I’m sure if it was an incident-free night, I’d have met my goals.” Reed added.

“I look forward to seeing all my fans and friends down under in two weeks. It’s really exciting, the team at AME will host the biggest Supercross Australia has ever seen and I hope to put my Penrite Oil Mountain Motorsport Honda up on the podium.” Concluded Reed.