Published On: May 15th, 2018Categories: Announcements

The Australian Supercross Championship is set for an overhaul, with AUS SX Holdings, the parent company to the AUS-X Open in Sydney, assuming the Commercial Rights to the championship, in a landmark agreement with the sport’s controlling body, Motorcycling Australia.

The deal will see AUS SX Holdings Directors Adam Bailey and Ryan Sanderson develop a long-term strategy to continue the reinvigoration and cement the sustainability of the sport of Supercross in Australia.

“Having been so focussed on the delivery and promotion of the Monster Energy AUS-X Open Sydney event, since late 2013, we felt the timing was right for us to expand our operations and focus on the long-term growth of the entire Australian Supercross Championship.” Bailey – Director of AUS SX Holdings and AME Management said.

“Our goals are really simple; to grow the championship across all aspects and help develop the sport and its future superstars. We want to see the next Chad Reed burst onto the world stage, having come through the all-new Supercross platform we’ll be implementing across Australia.

“We truly believe that Supercross is the most exciting sport on the planet and that it leaves other motorsport properties literally in its dust when it comes to the talent and athleticism of its athletes and its ability to deliver incredible racing and entertainment in its purest form.

“We feel that there is a huge opportunity to grow the sport in the public eye and we are determined to continue doing just that. Our strategy will be focused on engaging with other Promoters that have the operational capability to deliver high-quality events and a shared passion for Supercross and its fans.”

Scott Bannan Promotions will continue the delivery of championship events in Queensland, with a brand new addition in Troy Bayliss Events, engaged to deliver events in South Australia and Victoria.

The Bayliss name is synonymous with motorcycle racing in Australia having won three World Superbike Championships in a long and illustrious career spanning four decades. Troy Bayliss Events have promoted the Australian Motorcycle Expo events in Melbourne, Sydney, and Brisbane since 2014, multiple EnduroX events and the creation of the Troy Bayliss Classic and Baylisstic Scramble.

“We’ve always had a great relationship with both Scott Bannan Promotions and Troy Bayliss Events, we are absolutely certain that together we can deliver a fantastic series that our riders, teams and the industry deserves,” Bailey added.

“Scott and Paul (Bannan Promotions) have been delivering strong events for the past three years and their passion and commitment to Motocross and Supercross in Australia is undeniable. Troy Bayliss Events will be a fantastic edition. Troy’s knowledge and passion for racing, is going to be an amazing asset for the series. We are extremely excited to work with both organisations on an amazing series for 2018 and beyond.”

In order to support the growth and commercial viability of the series, Bailey and Sanderson will leverage from their in-house resources and sister company AME Management, which will be engaged to deliver an improved PR, media and communications strategy for the series.

“At AME we have the resources and capabilities to help maximise both the digital and mainstream news coverage of the Championship.” Sanderson – Director of AUS SX Holdings and AME Management said.

“Our team are huge Supercross fans and we’re really excited to work closely with all stakeholders. Supercross riders are incredible athletes and what they do on their motorcycles is absolutely staggering. We’re excited to boost the profile of the sport throughout the whole Australian Supercross Championship, culminating with the finale at the Monster Energy AUS-X Open Sydney event!”

Another exciting addition to the 2018 calendar will be an all-new Amateur Supercross Cup, set to run in conjunction with the Australian Supercross Championship events, spanning Queensland, Victoria and South Australia and executed by Scott Bannan Promotions and Troy Bayliss events, the day following their Supercross events.

The series, run on a modified version of the same track competed on by the pro’s, is aimed at increasing Supercross participation and developing future talent, by giving all Australian motocross athletes a pathway to full-blown Australian Supercross Championship racing, starting with juniors all the way to the premier category.

“We realise that in order to give athletes a pathway to compete as professional Supercross riders, we need to give them events that they can use to gain valuable experience and track time. Expecting juniors to come from racing at state Motocross events and progress straight into the extreme conditions of Supercross racing, is not realistic.” Bailey added.

“The 2018 Amateur Supercross Cup, will be the perfect opportunity for riders to compete on a modified and safer version of the same track as their heroes and gain the experience they need to progress into successful Supercross racers. This will help develop the depth of Supercross talent that comes out of Australia, to take on the world scene for years to come.”

Instrumental to the revolutionary new plans for the 2018 series has been Motorcycling Australia CEO Peter Doyle, who said he feels confident they have found the right direction to return Supercross to the Australian motorsport mainstream and give Australian riders the best possible opportunity for future success both in Australia and overseas.

“Motorcycling Australia is excited to work with AUS SX and see Supercross taken to the next level. We have spent the last few years reviving Supercross and bringing it back to the forefront as a blue ribbon Australian Championship,” Doyle said.

“With AUS SX Holdings taking control of the commercial rights of the series we expect the Championship profile to continue its rise. As we have seen their promotion of the Monster Energy AUS-X Open in Sydney has been nothing short of exceptional and hopefully this success can transfer across the entire championship. It’s all about getting Supercross back to the success it deserves and providing a pathway for the riders to be able to compete on the world stage,” Doyle finished.

The venue for the Victorian round is still to be confirmed (October 13) but is slated to be run during the same weekend as the Australian Superbike Championship. Initiatives such as cross-promotion and member discounts are in the pipeline for a for a motorsport extravaganza weekend.

Entry forms and further information for both the Australian Supercross Championship and Amateur Supercross Cup series will be released in the coming months via www.australiansupercross.com.au and on the Motorcycling Australia website www.ma.org.au 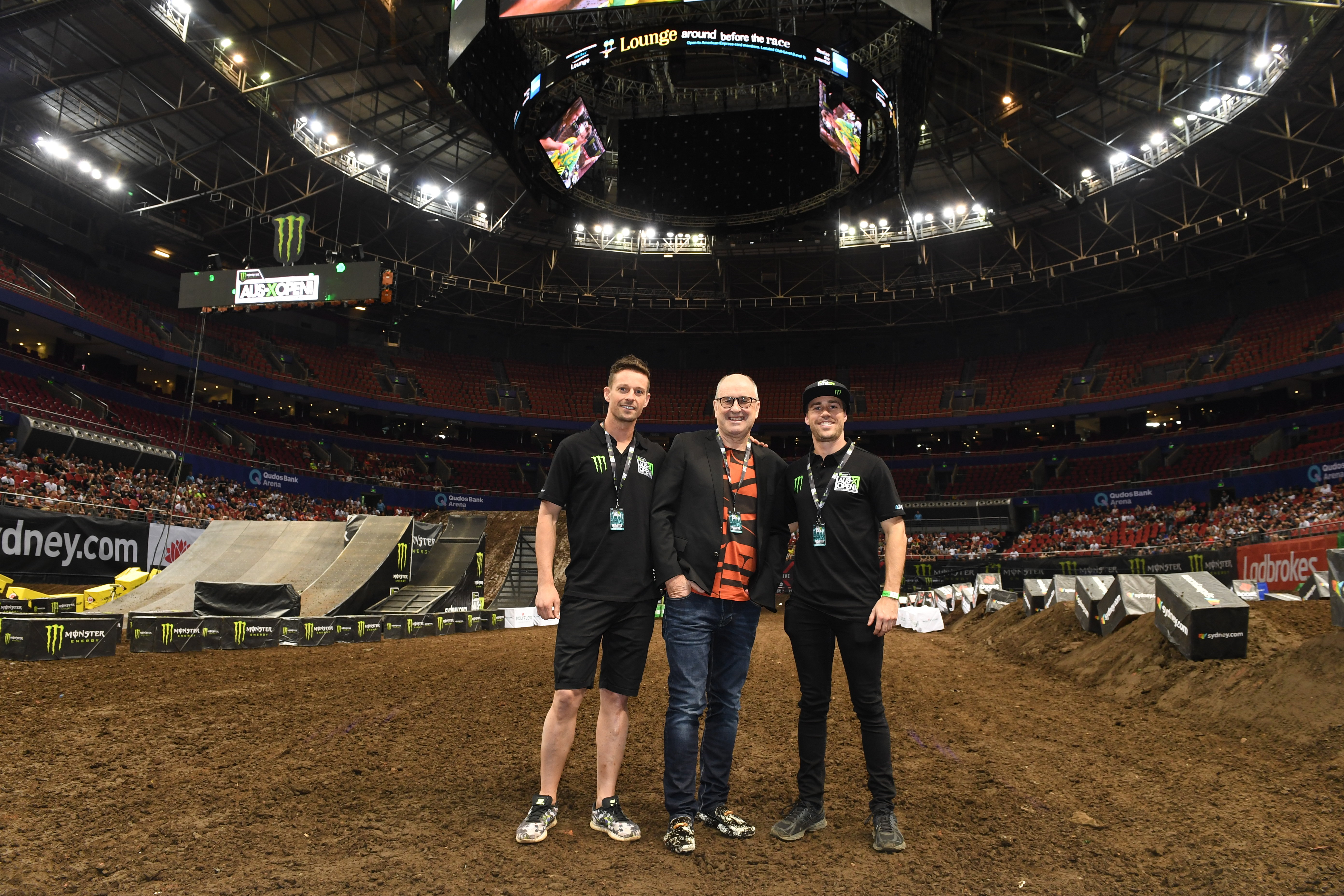 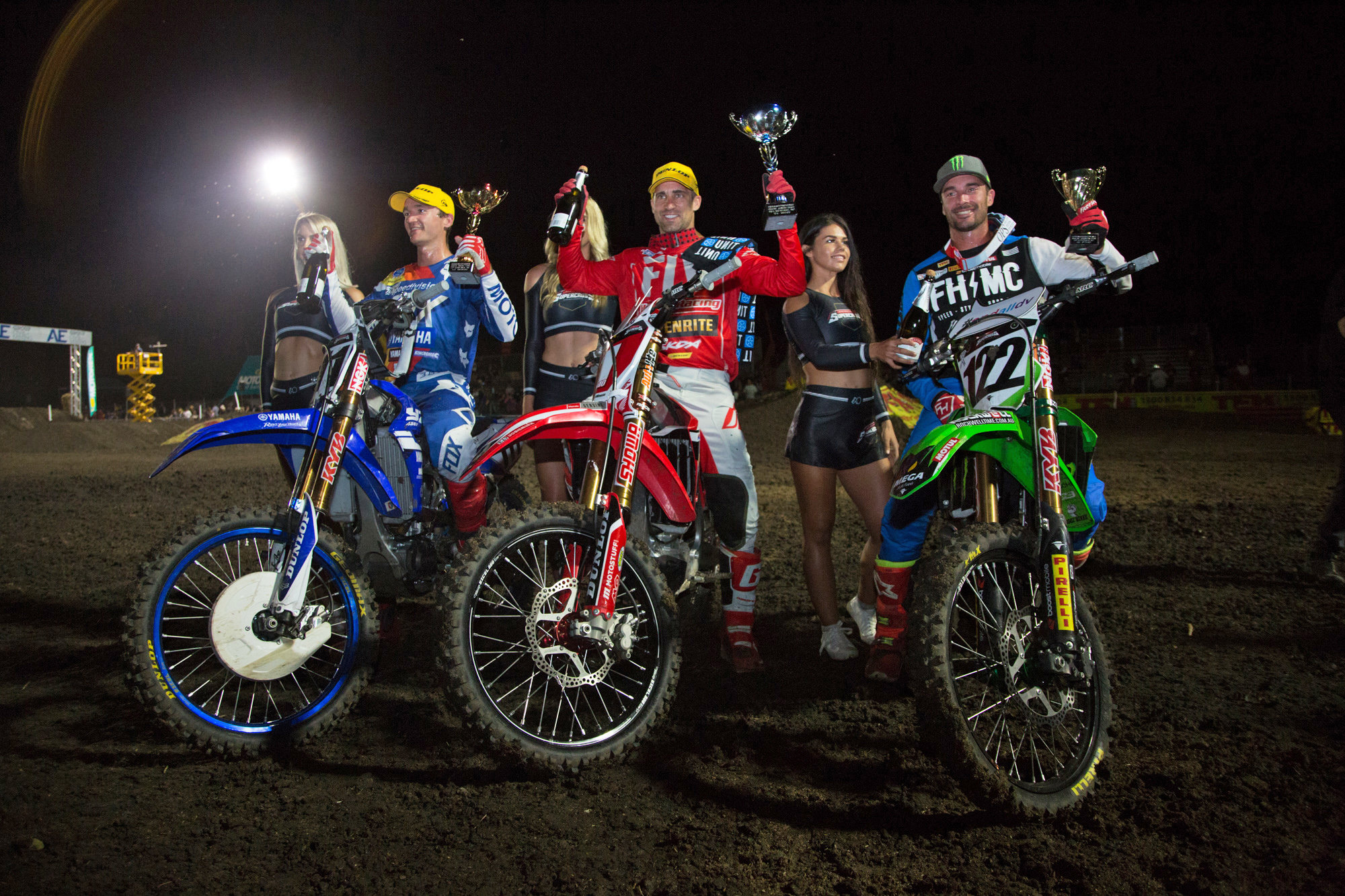