Hayden Mellross will be the fresh faces under the CDR Yamaha Monster Energy Team awning for the 2020 season, as he joins Kirk Gibbs, in a fast and furious two-pronged attack.

Mellross comes on board with a multi-year arrangement with the CDR Yamaha Monster Energy Team and will contest the MX Nationals and the Australian Supercross Championship for the 2020 and 2021 seasons on board the Yamaha YZ450F.

The 25 year old, from Young in New South Wales, returned full time to Australia in 2019 and instantly showed he was a legitimate championship contender. He spent several years racing both in the US and in Australia but there was no doubt his US experience had him positioned well when lining up against the best domestic riders in the MX Nationals.

During 2019, he consistently podiumed in the MX nationals and even lead the MX1 division at certain stages before a knee injury saw his season come to a grinding halt at round eight in Moree. He nursed himself though the final two rounds to finish third in the championship before checking himself into Hospital to have surgery done on his knee.

With his rehab nearly over, Mellross is expected to be back on the bike shortly and open a new chapter in his racing life with the powerful and championship winning CDR Yamaha Monster Energy Team.

“Every kid that grows up racing dirt bikes in Australia has a dream to ride for the CDR Yamaha team so its exciting to me to be part of this team now,” Mellross beams. “They have won an incredible amount of championships in their history and are undoubtedly the benchmark for professional racing in Australia, so it’s with pride I can say that I’m a CDR Yamaha team rider.

“I am also excited to be back on Yamaha, as it’s a brand I spent plenty of time on in the US and one that I have had plenty of success on in the past. I have heard nothing but awesome things about the 2020 YZ450F, so I’m looking forward to getting some seat time on the bike and some laps under my belt.

“The first MX National round is in March, but I have a program mapped out over the off season to get myself back in shape, riding well and ready to go for when the Nationals come around. Together with the team at CDR, I’m sure that we will have everything ready to go and chase every championship in 2020 with all we have,” he signs off.

Kirk Gibbs returns to the CDR Yamaha Monster Energy Team for 2020 and will continue with his motocross only racing. Gibbs has carved out a unique racing program in recent years that sees him compete in both the New Zealand and Australian Motocross Championships that keeps him busy from January to August each year.

Gibbs finished second in the NZ MX Nationals and fourth in the 2019 Australian MX Nationals despite missing a round due to injury. But now back to full heath and ready to go, Gibbs wants to get back the championship he won in 2015 and with a year of experience clocked up working with the YZ450F and the CDR Yamaha team, Gibbs is confident that he can produce his best season to date.

“For 2019 we put together a deal that allowed me to race both in New Zealand and Australia with Yamaha and I thinks it’s a great way to go for me as I don’t do supercross,” Gibbs explains. “New Zealand provides the perfect preparation for the MX Nationals and with the CDR and JCR teams working so closely, it’s a seamless transition between each country.

“We know have a great base to build from after the 2019 season and heath wise I’m in the best condition I have been in some time. New Zealand gets underway in late January, so I have already ramped up my training for that and then its straight into the MX Nationals in March so it’s a busy start of the year for me but one that I enjoy.

“I’m excited to be back with the CDR Yamaha team again in 2020 and look forward to working with Craig and the team again and hopefully this time, we can have a good crack at the championship next year.” 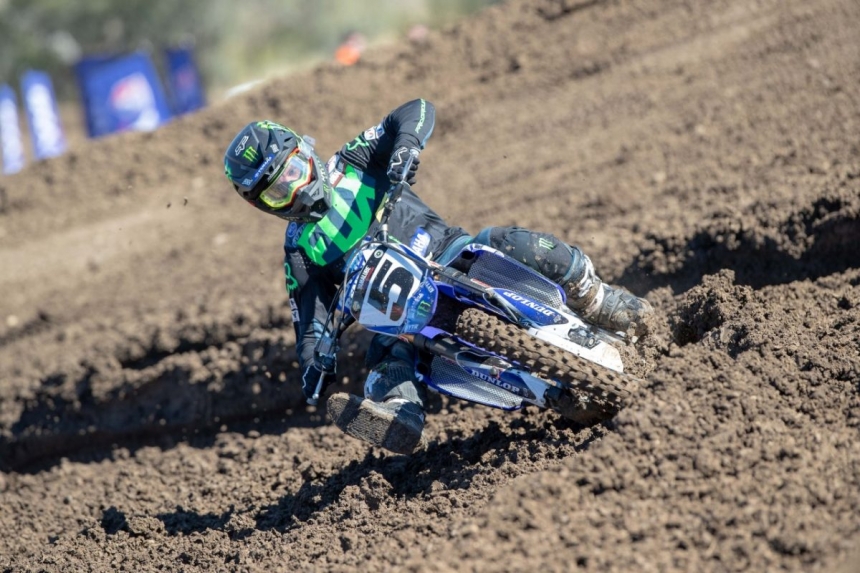 “I feel we have two strong, dedicated and determined riders for the 2020 season and both are in the prime of their careers,” says team owner, Craig Dack. “Kirk has been a championship contender for a long time now but continues to find ways to stay at the front of the pack. Had it not been for an injury midway through 2019, Kirk was right in that MX Nationals championship.

“With Hayden we have a talented, yet very experienced racer who has competed internationally but just now is entering the best years of his career. With some CDR guidance and on the 2020 Yamaha YZ450F, we believe we can take Hayden’s racing to another level in 2020 and look forward to seeing just how good he can become.”

The MX Nationals gets underway on March 22 at Appin in Sydney. The 2020 calendar sees ten rounds across seven weekends, highlighted by double header weekends at Horsham, Maitland and Coolum.