The FOX Australian Supercross Championship to return in 2022

THE FOX AUSTRALIAN SUPERCROSS CHAMPIONSHIP TO RETURN IN 2022

Since the pandemic began, promoters, industry partners and stakeholders have navigated a multitude of scheduling options to get racing back underway. The most recent proposal considered a three-round condensed (2021) Championship in January/February 2022 however restrictions made it untenable.

Event organisers will now focus on the 2022 series with exciting plans already underway for Australia’s most prestigious motorcycle championship.

“Like all live sport and entertainment events, the last two years have been an incredibly challenging period for Supercross,” said Bailey.

“After the record-breaking end to 2019 with 35,000 fans at Marvel Stadium for the AUS-X Open, we are itching to get back to racing, and build on this success/swell of interest in the sport.”

“The heartbreaking decision was made after discussions with key stakeholders including sponsors, government partners, racing teams and Motorcycling Australia – our priority is ensuring we have a successful and prosperous return to racing, and will now do this in 2022.”

Motorcycling Australia’s CEO, Peter Doyle, reiterated Bailey’s comments wanting to focus on delivering what will be a highly anticipated season of Supercross in 2022.

“While it’s disappointing the 2021 Australian Supercross Championship won’t run, there is little choice in the current environment,” Doyle said.

“Looking at the positives, we now have a direction/pathway for 2022 with the state and international borders beginning to open, which is crucial for us.

“We thank the behind the screens team for exhausting all options to try and make it happen and now focus solely on the 2022 Supercross season”. 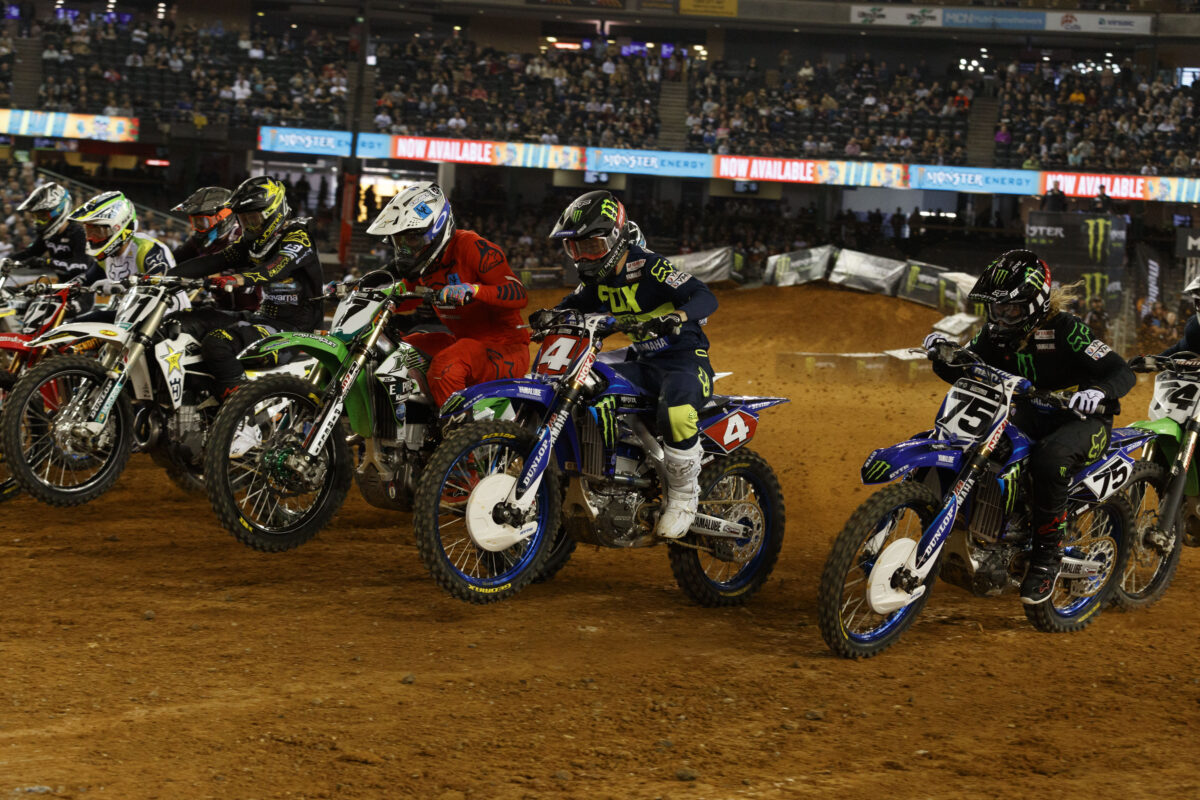 Iconic global apparel giant, FOX Racing, will continue as the Championship Strategic & Naming Rights partner, and are excited to play a part in the return of live Supercross events.

James Wintle from Fox Racing echoed the sentiment, emphasising Fox Racing can’t wait to re-connect with fans at events and celebrate some of the toughest athletes on the planet.

“The team at Fox Racing want to thank the AUS SX team for the opportunity to be involved with the resurgence of the Australian Supercross Championship in Australia,” said Wintle.

“We can’t wait to showcase these epic Australian athletes and see more of this type of racing elevated onto the world stage”.

“A big shout out to the FOX fans, competitors and sponsors for their patience and understanding through this period – just know racing is coming back and will be bigger and better than ever.”

Bailey and AUS SX team are well placed for a mammoth 2022 series, but also are looking to the future, with their vision for the series underpinned by huge growth and interest in the sport.

“We have always had the dream for the Australian Supercross Championship event to be one of the best in the world.

“We’re committed to ensuring when we do return, we do so at 110%, which is hopefully in a post-pandemic world without any restrictions.

“There are big plans for the future of AUS SX that we can’t wait to share when the time is right.”