Due to the global health pandemic and subsequent restrictions that COVID 19 entails, organisers of the Australian Supercross Championship announce today that a series in 2020 will not run, with focus now shifted to a bigger and better series for next year.

The ever-evolving landscape of the virus within Australia gave organisers, both Motorcycling Australia and Series AUS SX Holdings, the possibility to structure a series if restrictions eased in Australia. However, with the latest stage four restrictions in Victoria, along with the overall instability of each State’s reaction to the future of the virus, resulted in an agreement that a series this year would be too unpredictable, instead both parties focused on 2021.

AUS SX Holdings Co-Founder and Director Adam Bailey expressed disappointment in the inability to run a series for 2020, however expects season 2021 to be one of the best championships that supercross in Australia has ever seen.

“It’s really disappointing for us and all involved with supercross in Australia to have to cancel this year’s series,” said Bailey.

“We wanted to hold out for as long as we could, to try and get some semblance of supercross competition up and running for this year and actually things were looking great for a fantastic 2020 series only a few weeks ago. With the ever-changing situation we’re up against with COVID however evolving so rapidly recently, we have no choice but to cancel this year’s series.

We just don’t have 100% certainty that we can safely and successfully deliver a calibre of a series that we expect of ourselves, and that fans and competitors deserve.

Supercross has been on a massive upward trend and we’re working tirelessly to ensure that this growth pattern continues. We are striving to create a sustainable, globally recognised platform for our Australian talent to showcase their skills, and are committed to delivering this in 2021 and beyond,” concluded Bailey.

Motorcycling Australia CEO, Peter Doyle, mirrored Bailey’s disappointment, however is confident the right decision was made and is equally committed to ’21.

“It’s unfortunately a similar picture many sports face due the border closures, spectator restrictions and differing legislation in each state around COVID-19.  The time, effort and large financial input required to run Supercross in this environment is a huge gamble and we thank and support AUS SX Holdings for their efforts and decision to cancel. Everyone can now focus on 2021 when hopefully this pandemic is behind us,” commented Doyle.

The 2019 Australian Supercross season proved to be the most successful to date, with over 75,000 fans in attendance across the five round series, along with live broadcasts available for both the Auckland and Melbourne rounds. For the first time ever, 35,000 race fans packed into Marvel Stadium for the season finale in the heart of downtown Melbourne, and witnessed Penrite Honda’s Chris Blose (SX2) and Justin Brayton (SX1) wrap up their respective championships in empathic fashion over a nail biting triple header format.

The Australian Supercross Championship has grown exponentially over the past five years, with fans, riders and brands alike from all over the world, interested in what the Southern Hemisphere has to offer. Series 2021 promises to be bigger and generate more interest than ever before following this year’s layoff. 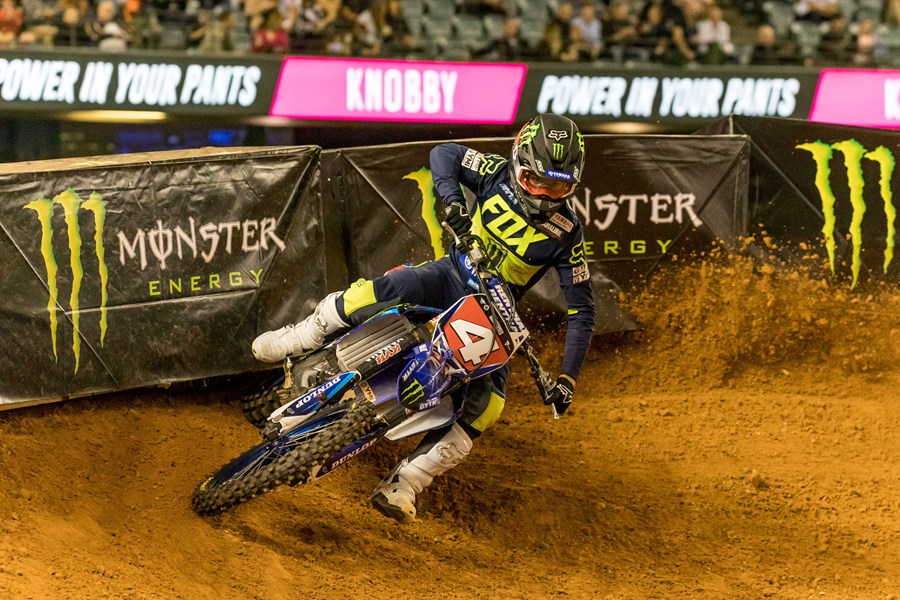