SX1
So far, the SX1 championship has been dominated by reigning champion, Justin Brayton who won the first three rounds of the season. As it currently stands, the Penrite Honda Racing Team rider, Brayton leads by 13 points ahead of CDR Yamaha’s Dean Ferris and Dylan Long in third. Brayton has lead nearly every lap so far to decimate the competition.

A number of international riders such as Husqvana’s Jason Anderson and Dean Wilson and Honda’s RJ Hampshire will add an extra layer of depth from overseas. Brayton will adopt the same approach that he always does and will look to bring himself closer to a championship title this weekend with more victories.

One of the stories of the season has been the rise of Honda’s Luke Clout and Yamaha’s Long. This new breed of talent has certainly turned heads and stirred up a lot of interest and its clear the future of this class is in strong hands.

SX2
Penrite Honda’s Gavin Faith had enjoyed a great season until now, winning the first two rounds of the season. However, a fractured wrist sustained in round two has not improved and has worsened considerably, now leaving the American rider out of contention for the rest of the season. DPH Motorsport’s Hayden Mellross has also been sidelined with injury.

This now puts DPH Motorsport’s Wilson Todd in prime position to have a crack at the title after taking a win at South Australia to now reside second in the standings. Last year’s SX2 champion, Jackson Richardson and Dyson Motorsports’s Dylan Wills are not far behind however and will look to eye off first in the standings after this weekend’s racing.

With three rounds now remaining in the calendar, the SX2 Category is truly up for grabs with up to six riders being within a shot for the championship. 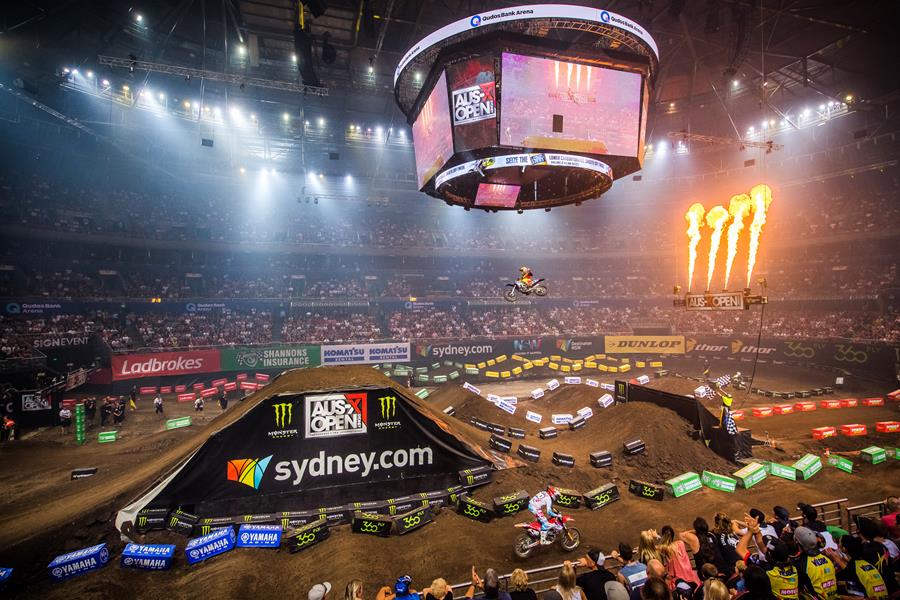 To find out more about the AUSX-OPEN head to https://ausxopen.com/about/

Photo 1: Jay Marmont duels with Jesse Dobson in the SX1 Class at the 2016 Melbourne Round. Credit Aaryn Minerds Media.