The international pedigree of the AUS-X Open was bolstered with the announcement of renowned businessman and expert in event promotion and sports administration Tony Cochrane, as Chairman of the company.

Cochrane, who currently sits as Chairman of the Gold Coast Suns, and former co-founder of the V8 Supercars Championship is thrilled to be onboard as the AUS-X Open brand continues to grow into one of the world’s leading action sports products.

In the SX2 Championship the winner’s spoils went to DPH Yamaha rider Wilson Todd with Chris Blose second and Jackson Richardson in third.

In the FMX Best Trick competition Josh Sheehan stole the show with a jaw dropping Double Backflip, a Monster Energy AUS-X Open first, much to the delight of the sold out Qudos Bank Arena crowd. 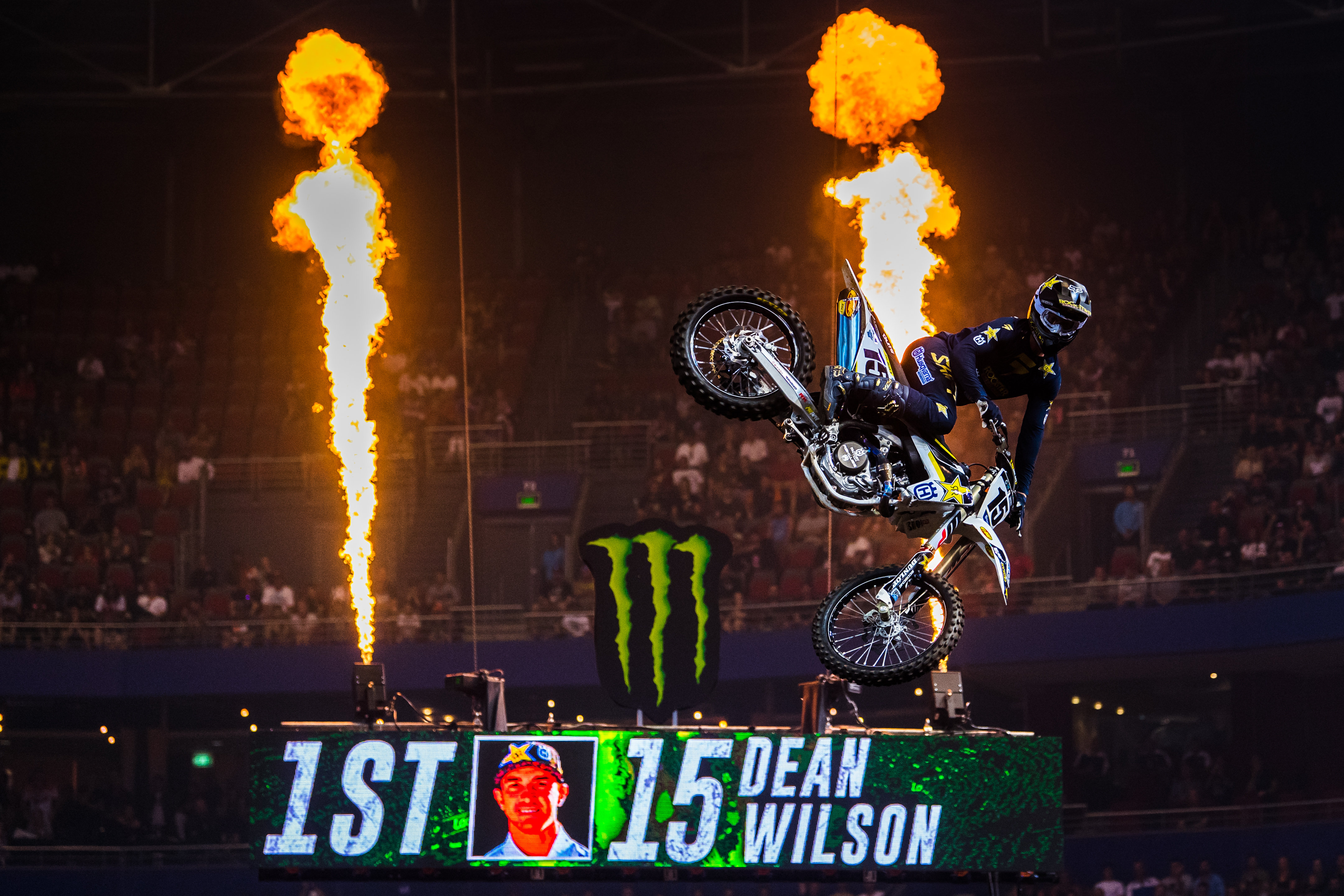 Anderson rocketed out of the gates and never looked back as he lead the prestigious event from start to finish to be crowned the 2017 Monster Energy AUS-X Open Sydney Champion.

“I’m so stoked to take out the SX1 Final of tonight’s Monster Energy AUS-X Open in Sydney, it was so good to get the win,” Anderson said.

“After just missing out in last night’s SX1 Final to my teammate Wilson, I’m pumped I managed to come back tonight and cement the top step on that podium. This is what I came to Australia to do, and it’s great to do it at such a cool event.”

SX1 KNOBBY Holeshot went to local ace Dean Ferris after a ripper start out of the gates in the final. Meanwhile the Morris Finance Superpole went to Anderson for a second night in a row after another impressive night of pace across the lap.

The FMX Best Trick competition was once again a spectacle for fans inside the arena and watching at home, with Josh Sheehan and his double backflip prevailing once more. Sheehan was challenged to gold by Pat Bowden whose frontflip no-hander rivaled, but fell just short, of the score needed for the gold medal, as he settled with silver.

The Boost Mobile Best Whip contest once again went to Corey Creed who laid down yet another stylish and super inverted whip to take out the crown for the second night in a row.

KTM’s Junior Supercross Challenge (KJSC), which saw twenty lucky aspiring Supercross stars take to the big track in front of thousands of spectators at the biggest Supercross racing event in Australia, was won by Cooper Downing.

In the SX2 Championship it was Chris Blose who went one better from his Saturday effort to win Sunday’s feature race. Close led home Jackson Richardson and Jay Wilson after early leader and KNOBBY Holeshot winner Wilson Todd fell on the opening lap after a clash with the American, Blose.

Ronnie Mac v Ricky Carmichael laid it all on the line and did not disappoint the packed Qudos Bank Arena fans with Carmichael reigning supreme to be crowned the ultimate two-stroke showdown champion, for both Saturday and Sunday nights of the competition. 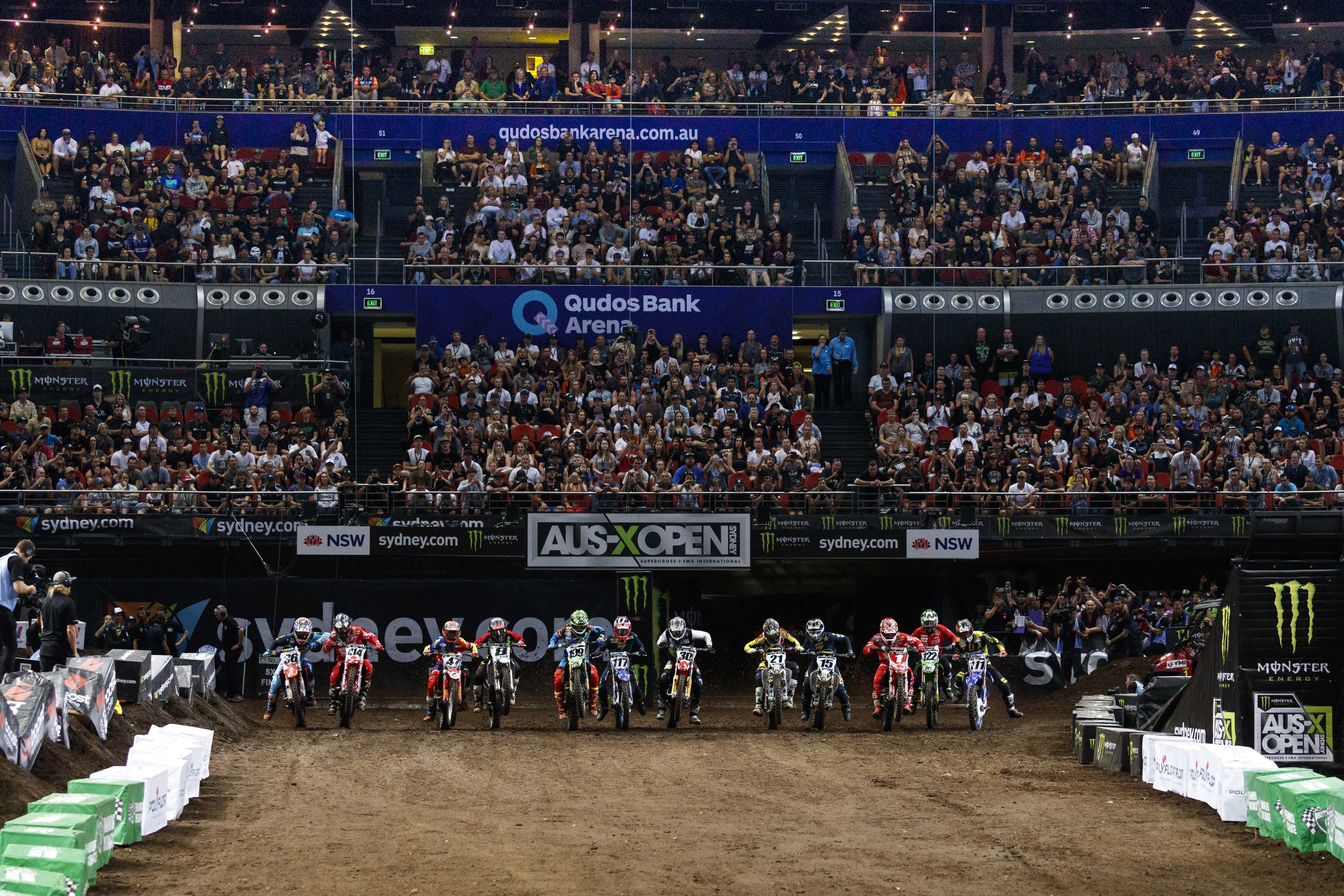