The Queensland native who currently lives in the USA is heading back to Melbourne, Australia, to race his first-ever professional career and international Supercross race onboard a Honda Genuine powered CRF250R.

Since landing in the United States in early 2018, Lawrence has been unstoppable, racking up a multitude of prestigious amateur championships, which have subsequently made him the hottest property on the market. The 16-year-old recently signed a lucrative long-term contract to ride under the powerhouse Geico Honda squad in the 2020 World 250cc SX2 Supercross Championship. 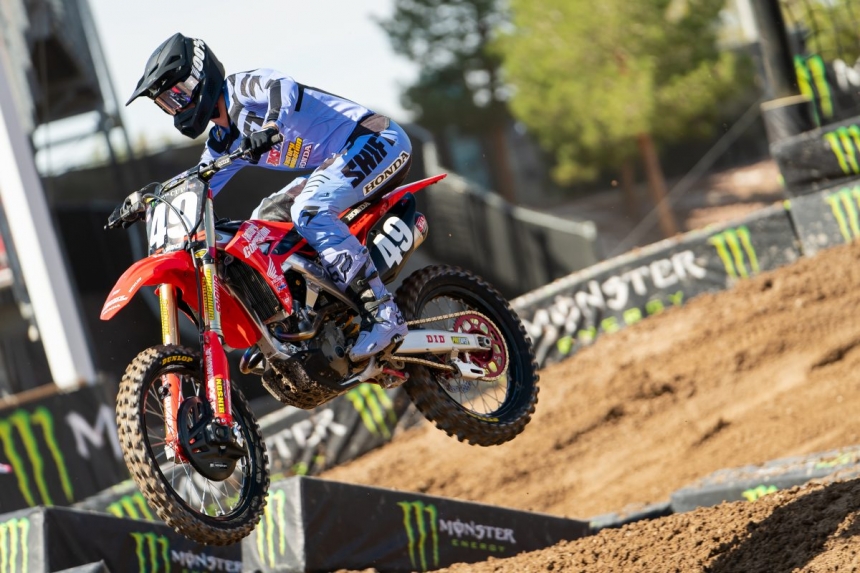 “I’m really excited to be making my pro debut in Melbourne. I’ve had my eye on these events for a while now and they’ve progressively grown into something that’s world-class,” commented Lawrence regarding the AUS-X Open.

“Being a proud Australian makes it pretty cool that I’ll debut there, in front of friends, family and a lot of riders I grew up with too.” Lawrence added.

Lawrence will feature under the awning of the ‘Ride Red’ Honda Racing program, backed by Honda Genuine. General Manager of Honda Motorcycles, Tony Hinton is looking forward to seeing Lawrence in action.

“We are really pleased to have Jett under our wing for this final round. He has certainly made a name for himself overseas, so it will be fantastic for local fans to see him race on home soil. We hope for strong results and know he will do the CRF250R proud!” Hinton said.

The addition of Lawrence will add to an already stacked international SX2 division, with existing riders involved in a ferocious title fight that’ll come down to the wire at the Australian Supercross Championship finale. For the Honda rider, gate drops and seat time will be of critical importance, as he makes his World Supercross Championship debut in 2020.

“Winning Monster Cup was a real confidence booster for me, especially on a Supercross track. I definitely think more gate drops and just being in that race environment will help me heaps as I get ready for 2020,” finished Lawrence. 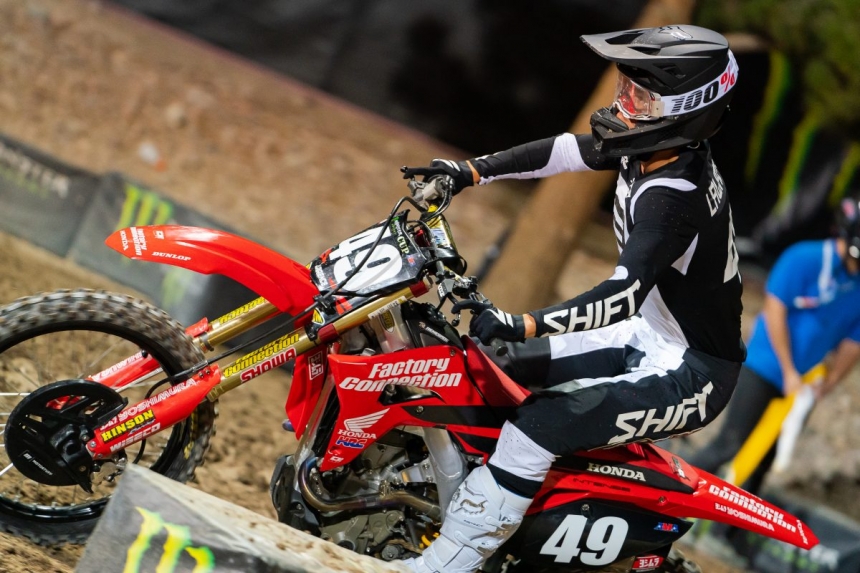 During New Zealand’s press conference, two-time World Champion Chad Reed indicated that this could very likely be his final race as a professional athlete in Australia, which makes Melbourne a landmark event for Australian Supercross fans, with one legend potentially retiring and a future star being born.

Melbourne’s Marvel Stadium event will not only feature World Class Supercross action, with the Monster Energy Best-Trick Freestyle Motocross contest set to feature some of the world’s most insane stunts, with the legendary Josh Sheehan as the headliner. Best Whip will be back again thanks to Boost Mobile, along with the Yamaha Celebrity challenge as some of Australia’s highest profiled stars do battle on track, including 2-Time AFL Premiership Player – Jack Riewoldt, Collingwood AFL star – Jordan De Goey, 2-Time Supercars Champion – Scott McLaughlin and many more celebrities in an entertainment extravaganza that can not be missed.

Secure your tickets today from www.ticketmaster.com.au with new tickets released from just $39.95!