Round 2 of the Australian Supercross Championship coming to Bacchus Marsh

The 2017 Australian Supercross Championships will shake the foundations for Supercross fans of Victoria when the second round of the prestigious international event is contested at the Bacchus Marsh Motocross Club, Saturday October 14th.

Defending SX1 champion, Justin Brayton, will return to Australia for a third season aboard his Honda. Brayton’s smooth and fast riding style will be welcomed by fans across the nation, along with fellow countryman Gavin Faith. Faith is keen to reclaim the SX2 championship after losing by a mere six points in 2016.

There will be strong competition from Australian riders with recently crowned MX1 champion, Yamaha rider, Dean Ferris poised and ready for a successful Supercross season. Ferris went toe to toe with Brayton at every opportunity last year, successfully putting Yamaha into the top position at the 2016 Melbourne round. The 2017 Australian Motocross Champion hopes to continue his winning momentum into the Supercross season and looks forward to dueling with Brayton again this year.

Defending SX2 champion Jackson Richardson will saddle up his Serco Yamaha in 2017 aiming to go one better in the Melbourne round after finishing second to Faith in 2016. The SX2 class provided some of the closest racing in 2016 and promises to deliver again in 2017.

Promoters and curators will reform the current motocross layout at the Bacchus Marsh venue into a world class Supercross circuit, showcasing the sport of high flying, wheel to wheel action with full grids of riders.

The pit area will be a buzz of excitement on the day with a pit party from 3:30pm. Racing enthusiasts young and old will have the opportunity to mingle with their favourite riders prior to their racing which is to start at 5pm.

An added bonus to the nonstop action will be an insane back-flipping FMX Freestyle session scheduled for intermission keeping the fans buzzing between races.

Tickets are available at www.ticketbooth.com.au 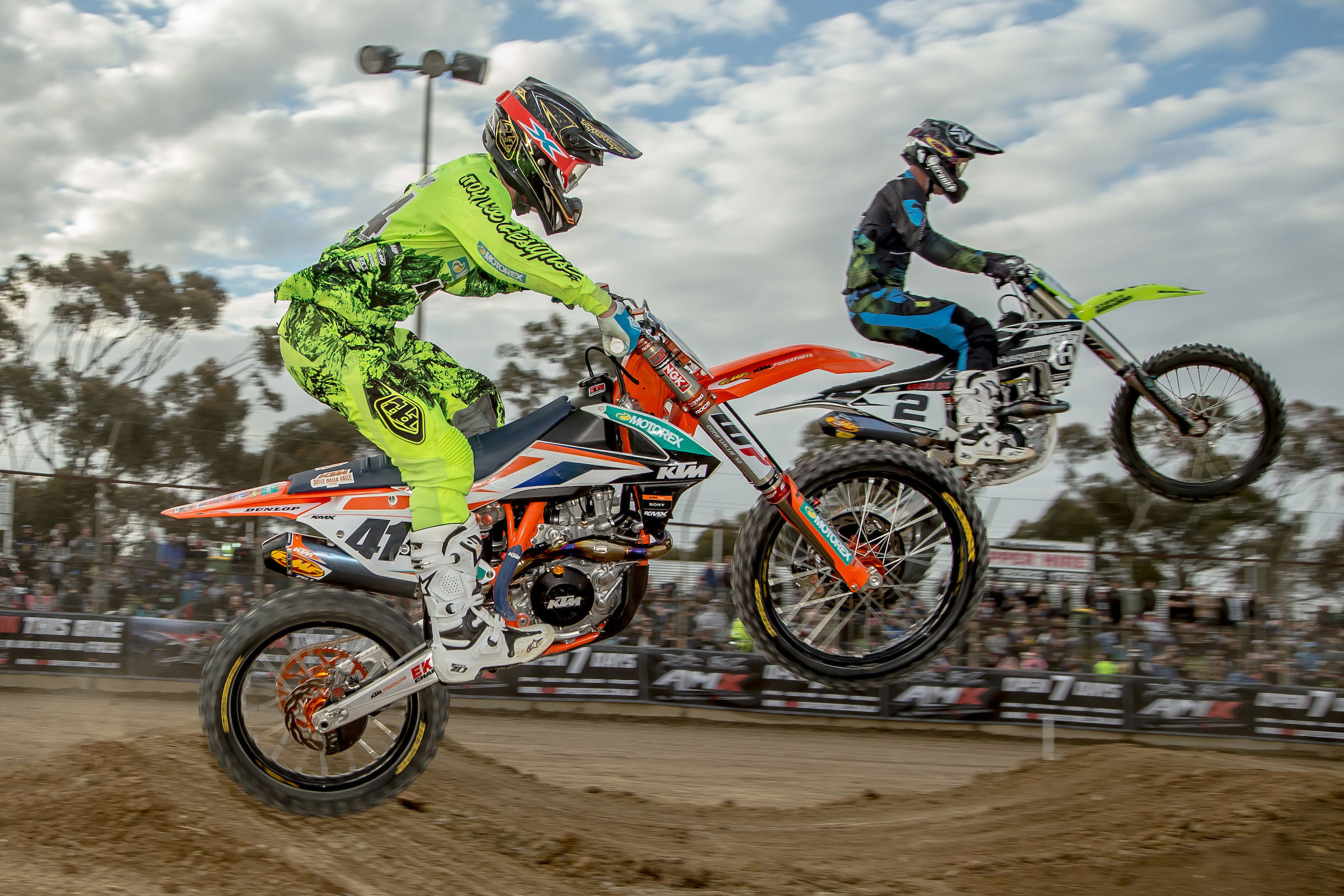