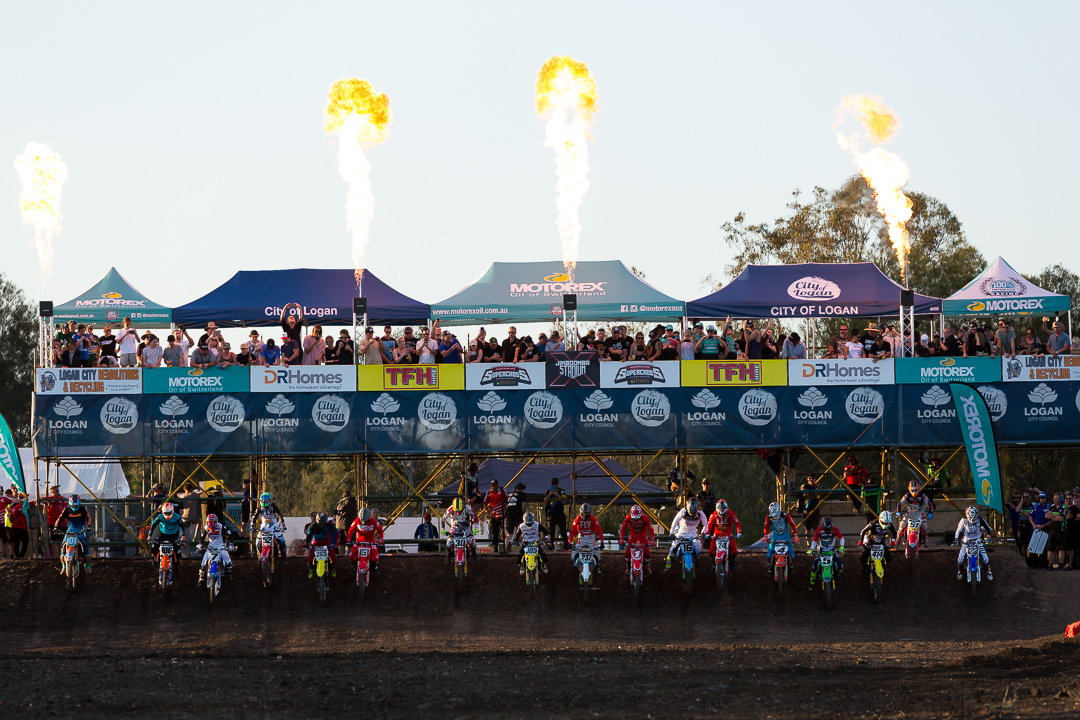 The first-ever staging of the Coolum Supercross second round of the 2018 Australian Supercross Championship at Coolum Pines MX complex on Saturday, October 6, is shaping up to be a titanic Australia versus the World dirt bike confrontation.

No less than seven international invaders have jetted Down Under from the USA and UK, all intent on plundering Australia’s premier dirt bike series.

Leading the charge is reigning two-time Australian SX1 Supercross champion, Penrite Honda Racing’s Justin Brayton, the American kicking off his title defence with a mighty win at round one at Jimboomba, Queensland, less than a fortnight ago.

“I’m the guy running the big number one on my back, and that makes me a target, of course,” explains Brayton, who bases his young family at nearby Noosa during his annual Australian supercross campaign.
“Getting the win at round one at Jimboomba was the perfect start to the championship, and the plan now is to shoot for another win at Coolum.” 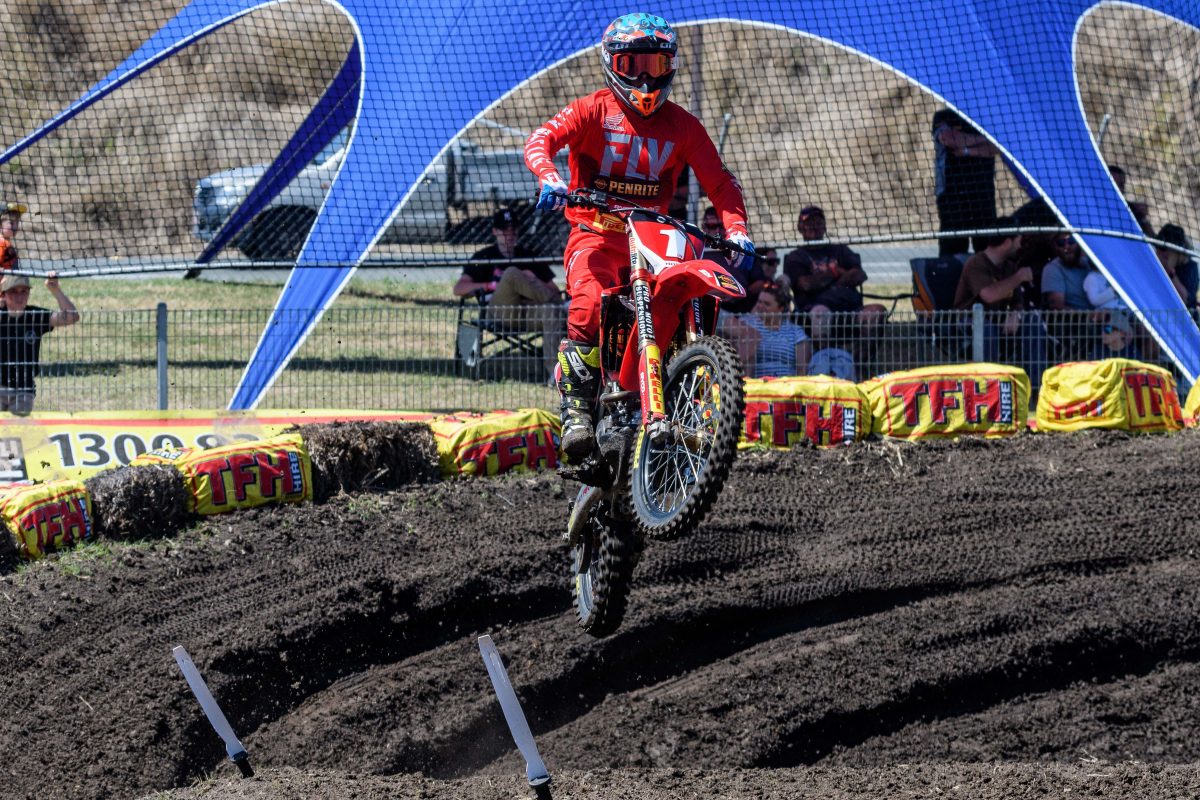 Rounding out the SX1 top five at Jimboomba was another American hard charger, Jace Owen (Complete Parts Kawasaki Racing), who gave a big hint of things to come by running up front in his heat race and then leading the opening laps of the final.

“I was satisfied with fifth,” Owen offered after round one. “I’ve only had a couple of weeks on the new 2019 model Kawasaki and it was my first race back after injury, so there were a lot of nerves to get out of the way at round one.”

In the equally cut-throat SX2 championship for 250cc machines, Queenslander Jay Wilson (Yamalube Yamaha Racing) kicked off the series with an emphatic victory and a perfect start to the championship.

“First rounds are always hard to manage, but the team did a great job of getting the bike just how I needed it,” enthused Wilson after the Jimboomba event.

“It was a crazy first week (in Australia), settling in, testing a new bike and finding some consistency in my day-to-day training,” explained Taft, who is inthe midst of his first-ever trip away from the USA.

“Everything is new to me, so having three weeks to prepare for round two at Coolum means we should be able to improve on second,” added Taft, who has taken over the saddle of the same Penrite Honda race bike that in years past has carried his USA countrymen Gavin Faith and Jimmy Decotis to victory in the Australian SX2 title.

Behind Wilson, Taft and Osby, Australian Hayden Mellross (DPH Husqvarna) – who is based in the USA through the first half of each year to contest the prestigious AMA Supercross Series – finished fourth in the SX2 final (despite carrying two broken big toes!), ahead of another two American imports, Jacob Hayes (Serco Yamaha) and Dakota Alix (KTM Motocross Racing). 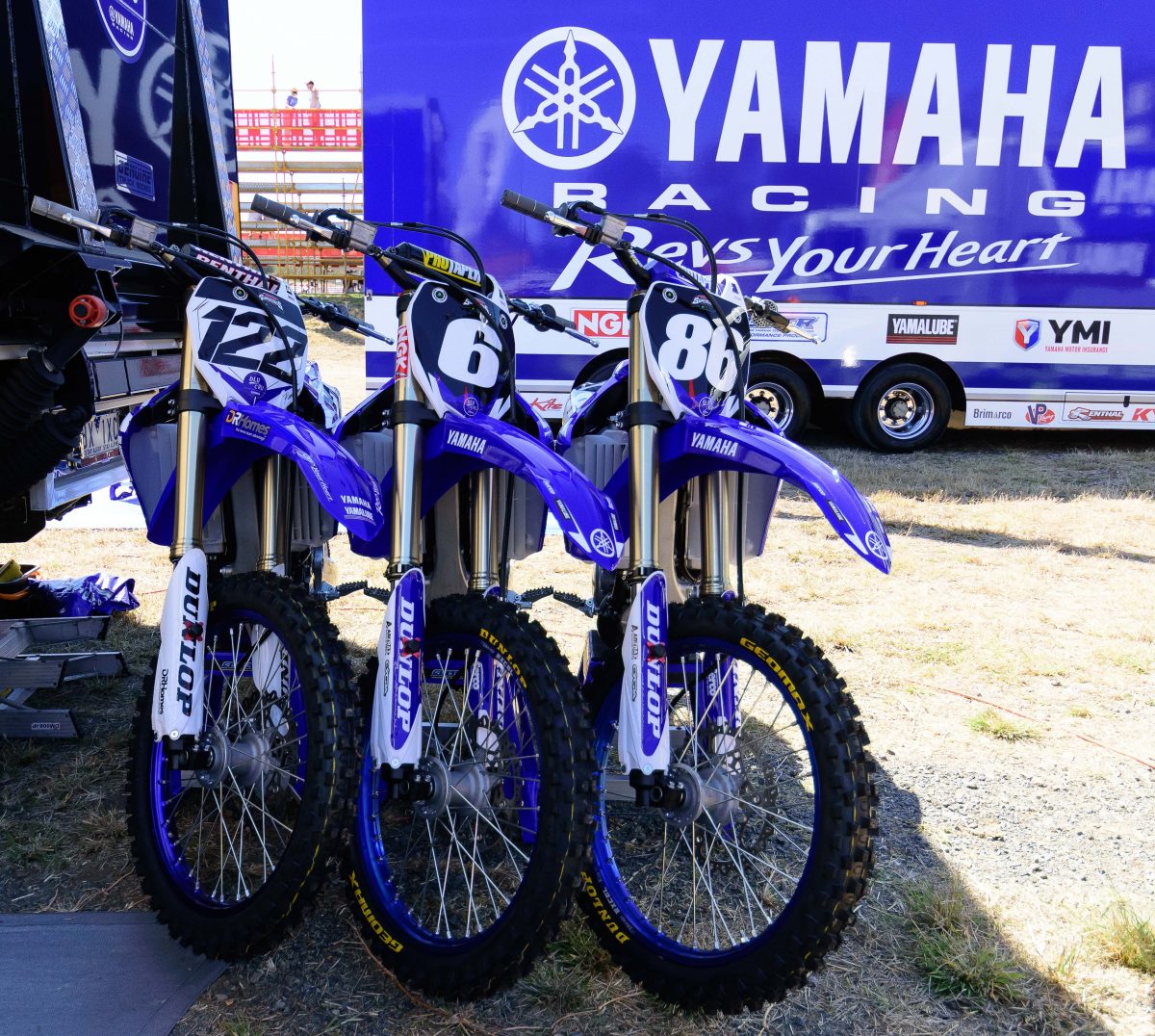 “I’m sure I’m capable of better results,” offered Hayes, who has fast settled in with the Brisbane-based Serco Yamaha squad.“It was good to get the first round done and experience how the local events are run, the competition I will be racing against and just get a good feel for how things are here (in Australia).”Dogged by illness at round one, Gradie Featherstone (KSF Ecstar Suzuki) hails from the UK and is the reigning European 250cc Supercross champion. The 20-year-old is aiming to click top gear come round two at Coolum.

“Everything leading up to Jimboomba had gone well,” explains Featherstone, “but then on race day I got hit by a bug and could not keep anything down all day.

“It wasn’t the way we wanted to start the series, but no excuses, we will work hard and have a much better showing at round two at Coolum.”

Round two of the 2018 Australian Supercross Championship at Coolum Pines MX complex on October 6 will be staged as a daytime meeting, the new family-friendly daylight format being popularly received at the Jimboomba championship opener.

Gates will be open from 10am, with a Pit Party kicking off from 1.30pm where fans can meet the stars of supercross, and main event racing roaring into life from 2.30pm.

Advance purchase tickets to the Coolum Supercross are available now via:
https://events.ticketbooth.com.au/event/australian-supercross-championship-round-2-coolum