Fans at round three of the 2018 Australian Supercross Championships presented by Yamaha Motor Australia at GMHBA Stadium in Geelong, Victoria, are set to enjoy the ultimate dose of supercross nostalgia, with a star-studded line-up of Australian Supercross Legends and Champions to make a special appearance at the October 13 event.

The Legends and Champions Revival will be headlined by decorated Australian dirt bike veteran Craig Dack, who is a Geelong local, and his longtime arch-rival Glen Bell, in a special feature of the national championship meeting that is being presented by Motorcycling Australia and Troy Bayliss Events.

Craig Anderson, Troy Carroll, Jay Marmont, Danny Ham, Cameron Taylor and Ryan Marmont are also confirmed to appear and will be interviewed by fellow Legend Lee Hogan as they take to the track.

“It will be an absolute thrill for multiple generations of race fans to see so many Legends and Champions of Australian Supercross on the grid together,” enthuses Geelong race organiser Troy Bayliss.

“The Dack versus Bell rivalry was huge back in the 1980s and early 1990s and to see these two heroes of the sport take to the track once again will be a very special occasion, where true fans of the sport can show their appreciation for the part all these Legends and Champions played in the golden years of Australia Supercross racing.”

While not a race, the Legends and Champions Parade is set to kick off the evening’s action on a spectacular USA-inspired race track built from thousands of tonnes of topsoil that will be trucked onto the expansive infield of GMHBA Stadium.

With so many of the Legends and Champions having been part of great rivalries in their hey-days, the Geelong parade will rekindle countless memories for riders and fans alike, turning back the clock to an era when premix fumes and Rat Racing gear ruled the Australian supercross scene.

“Having an Australian Supercross Championship event in my hometown is special in its own right,” admits Dack, who is nowadays owner and team principal of the powerhouse Monster Energy CDR Yamaha Racing Team.

“But to also have the opportunity to be included in the Legends and Champions Parade is sure to make for a night everyone at the event will remember.”

“I will be riding my 1992 Yamaha YZ250 in the Legends and Champions Parade, which is my favourite bike in my collection, as Yamaha gave it to me as a retirement present in my final year of professional racing,” Dack reveals.

“To line up alongside some of my old rivals like Belly, not to mention so many of my former CDR Yamaha team racers over the past 26 years, will be such a special occasion, and I hope to see thousands of past and present supercross fans at the Geelong event to cheer us all on.”

“Having the opportunity to line up alongside guys like Dacka in the Legends and Champions Parade will be so memorable,” Carroll enthuses.

“I can’t wait to do some laps with the guys and then settle back with the Geelong fans and enjoy a big night of racing.”

Victorian hero and 2004 Australian Pro Lites Supercross champion Cameron Taylor is equally pumped and is keen to get back to a venue that holds special memories.

“The last time I raced at GMHBA Stadium – which was then known as Kardinia Park – was ten years ago, and I holeshot three out of four finals,” Taylor explains.

“I can’t wait to get back to Geelong with some of the Legends I looked up to as a youngster and then raced with for so long, it really will be a special occasion.”

Expect more big names to be announced as part of the Legends and Champions Parade in coming weeks, along with more major event news as the race draws closer.

Tickets to round three of the 2018 Australian Supercross Championship presented by Yamaha Motor Australia at GMHBA Stadium in Geelong, Victoria, on October 13 are on sale now via the www.ticketmaster.com.au website. 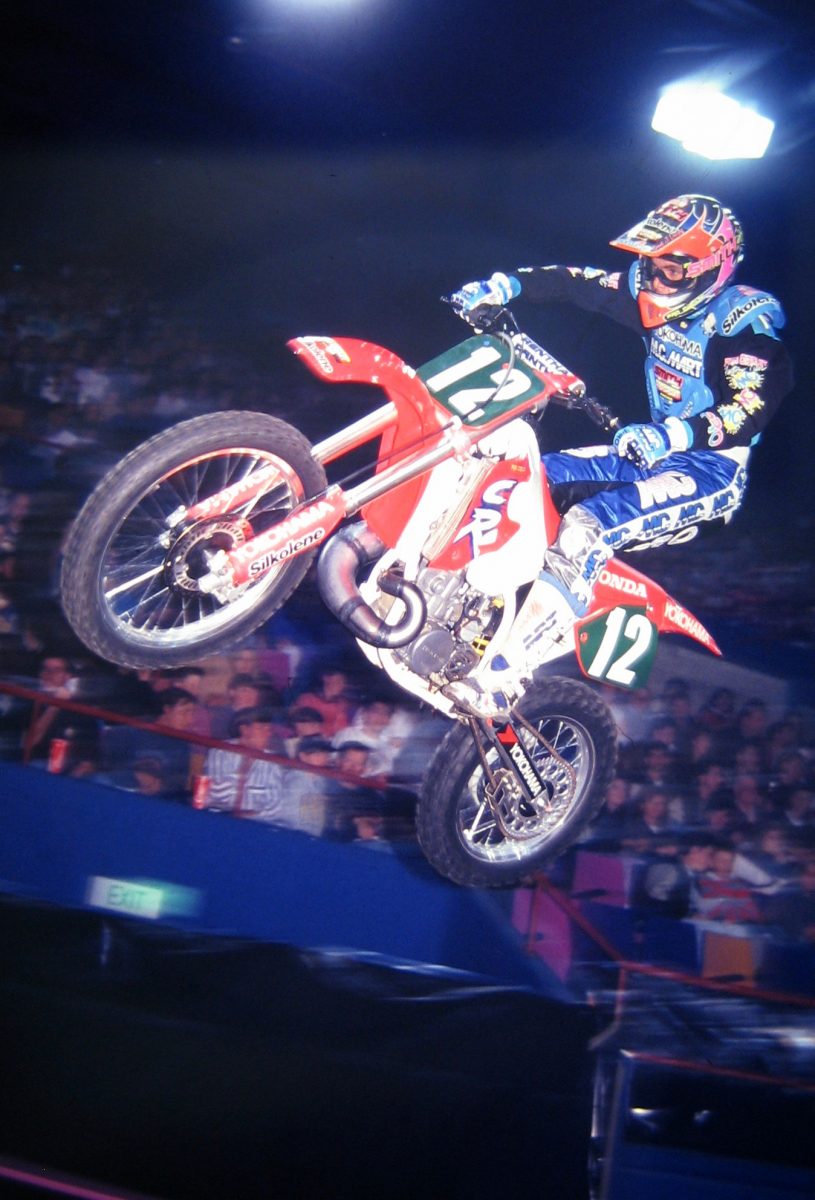