Clout dominates Wollongong in maiden victory as the championship heats up

Luke Clout dominates inside WIN Stadium to claim his maiden overall SX1 victory at Round 3 of the Australian Supercross Championships.

It was an almost perfect night for the CDR Yamaha Monster Energy rider, who topped afternoon qualifying and then went on to claim his first Superpole of the season in front of a home crowd. The #4 finishing the night with a 2-1-1 scorecard in the three main event finals and edging closer to the number one spot in the Championship fight, now just 3 points shy of Justing Brayton.

“They’re the only words I can think of at the moment, to get my first win in front of my hometown and family, it’s just surreal! 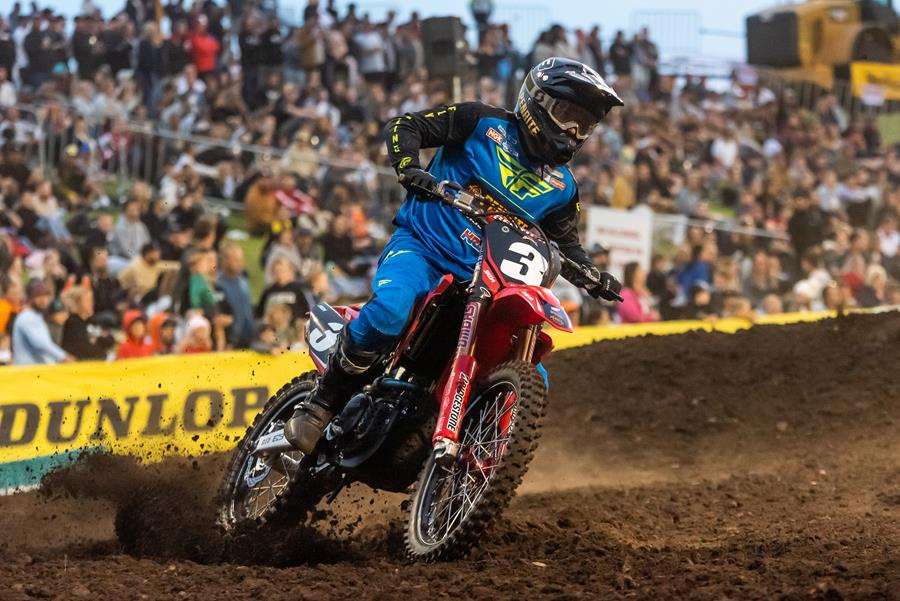 Chris Blose too strong in the SX2 class at Wollongong- (Credit: Joshua Lynch)

It was a 1-2 finish for the CDR Yamaha Monster Energy outfit with teammate Dan Reardon finishing in second place overall aboard his Yamaha YZ450F, holding off the American Brayton as he heads into the next round third in the point standings.

Penrite Honda Racing rider Justing Brayton took longer than normal to gel with the Wollongong circuit despite coming out and winning the first 8-lap main-event. Fellow American Josh Hill made a solid return to racing, coming out firing in the first SX1 heat and taking it out in commanding fashion and finishing the night off in fourth.

In the SX2 ranks, it was Penrite Honda Racing rider Chris Blose that was too strong in the whoops securing victory ahead of Raceline KTM’s Joshua Osby and teammate Mitchell Oldenburg.

Blose’s strong performance puts him into second in the standings just one point behind Osby and one point ahead of Serco Yamaha’s Aaron Tanti. Oldenburg, just one point shy of Tanti means there are only four points separating the top four contenders in the SX2 class as we wrap up the halfway point in the season.

The series now crosses the Tasman for Round 4 inside Auckland’s Mt Smart Stadium November 16. Tickets are selling fast via Ticketmaster NZ, so get in quick as the title fight between the Australian’s, American’s and now New Zealanders, heats up. 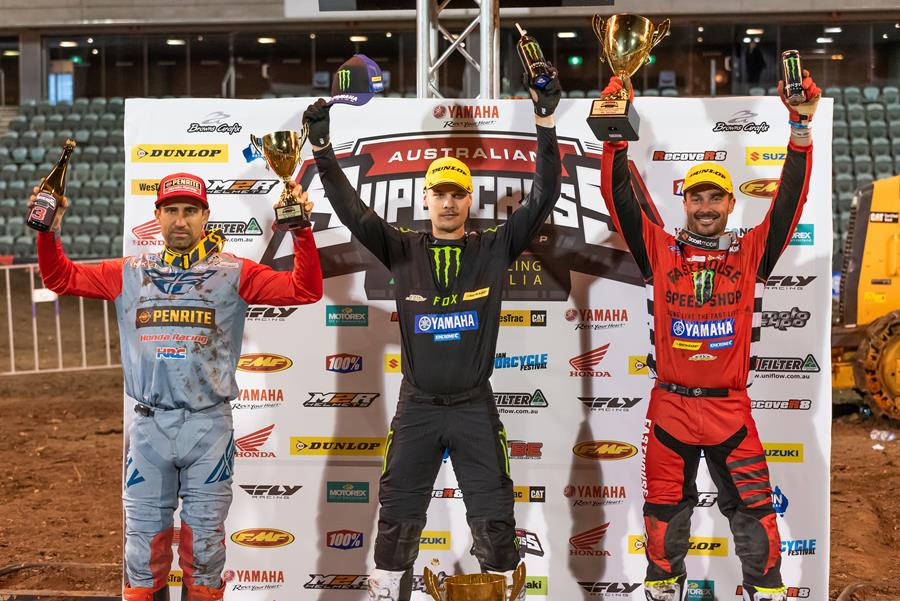 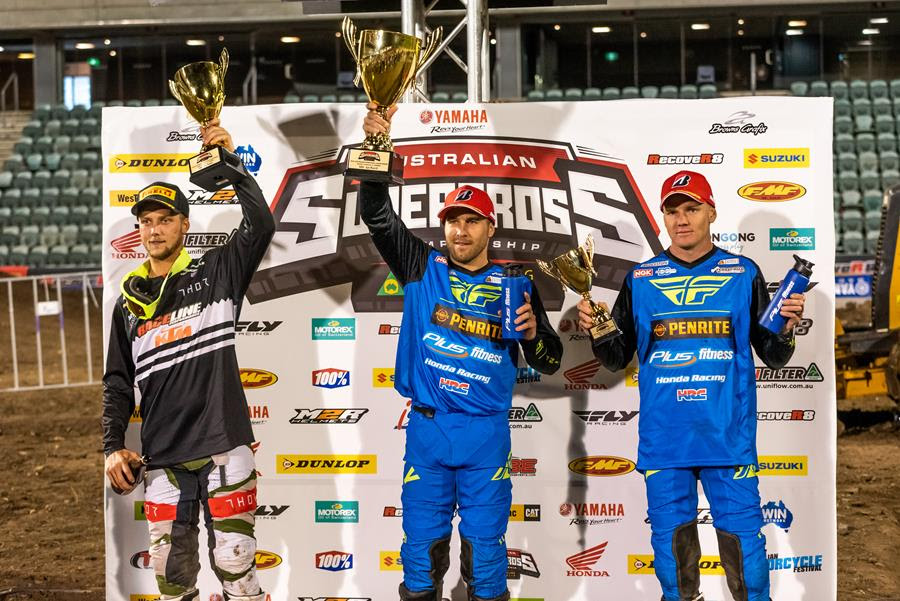