Tanti to the Top of SX2

Serco Yamaha’s Aaron Tanti is the new points leader in the SX2 division after round two of the Australian Supercross Championship, held in Adelaide over the weekend.

After posting a second-place finish at the first round just a week ago, Tanti has again landed on the podium at round two with a hard-fought third-place finish and his consistent 2-3 results now see him on top of the SX2 championship table, two points clear of his nearest rival.

Tanti had to work hard for his podium result in Adelaide and after overcoming an average start he clawed his way past the carnage, and his competitors, to move into third place during the middle stages of the race.

With five laps to go, Tanti capitalised on a mistake by US-based racer, Josh Osby, and was able to move into second place. Osby remounted quickly and set off after Tanti again and on the final lap was able to make a bold pass in the final few turns.

But it was still a spirited performance by Tanti and his consistency in the opening two rounds has been rewarded as he will carry the points leaders’ red plate into round three at Wollongong on November 9. 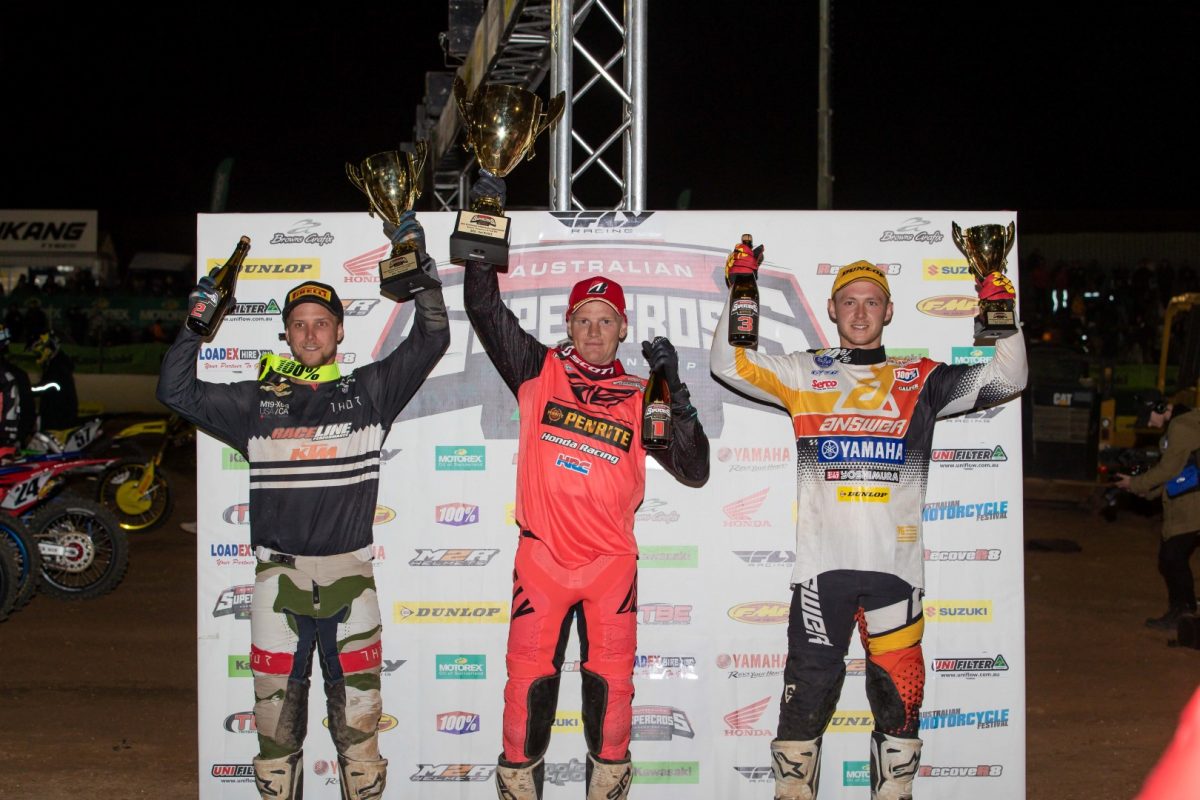 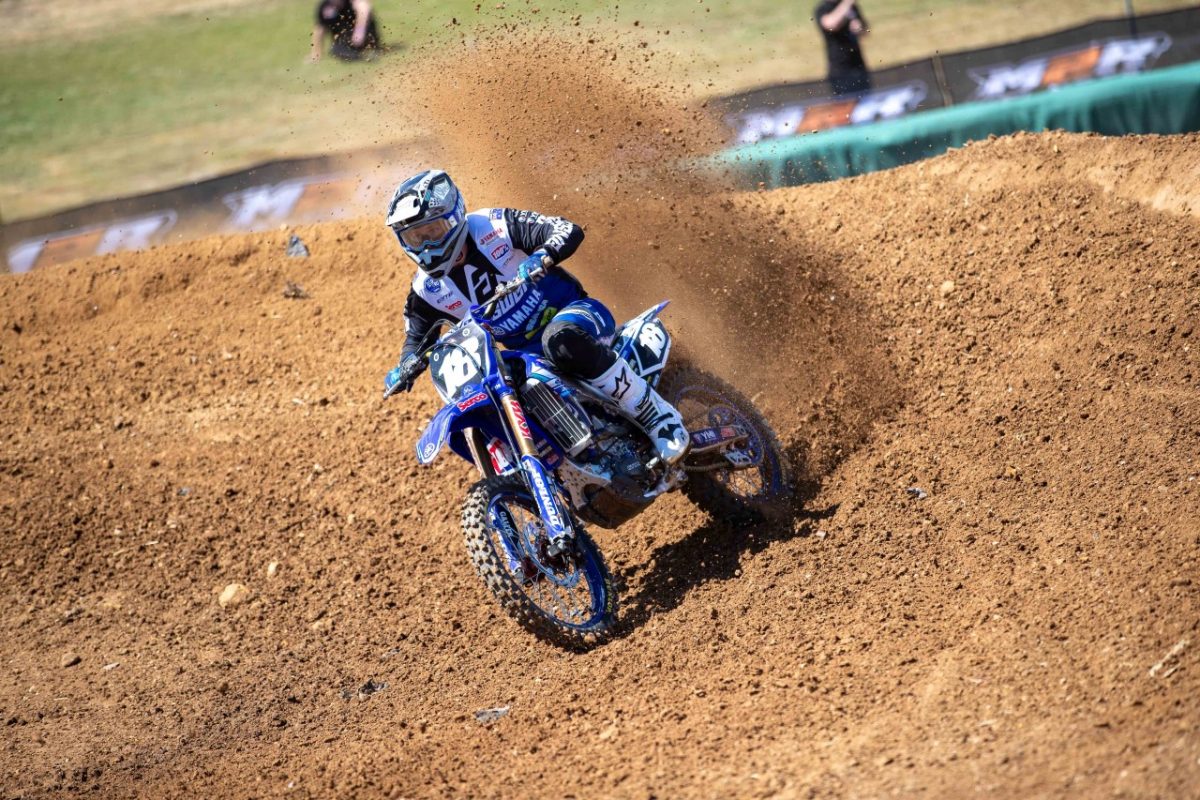 “I’m pretty stoked to be on the box again this weekend and to leave here with the red plate,” Tanti said from the podium. “The track was tough tonight and the game plan was to reduce as many risks as possible but keep the racing intensity up and we were able to do that.

“It was a track that riding 15 perfect laps on was impossible, so I just knew what I could do, did them as well as I could for the entire race and stayed away from the crashes and fallen riders.

“The Serco Yamaha team have been awesome, and my bike was good tonight. We have a couple of weekends off now before round three so there is plenty of time to fine-tune things and keep getting better as the series goes on.” 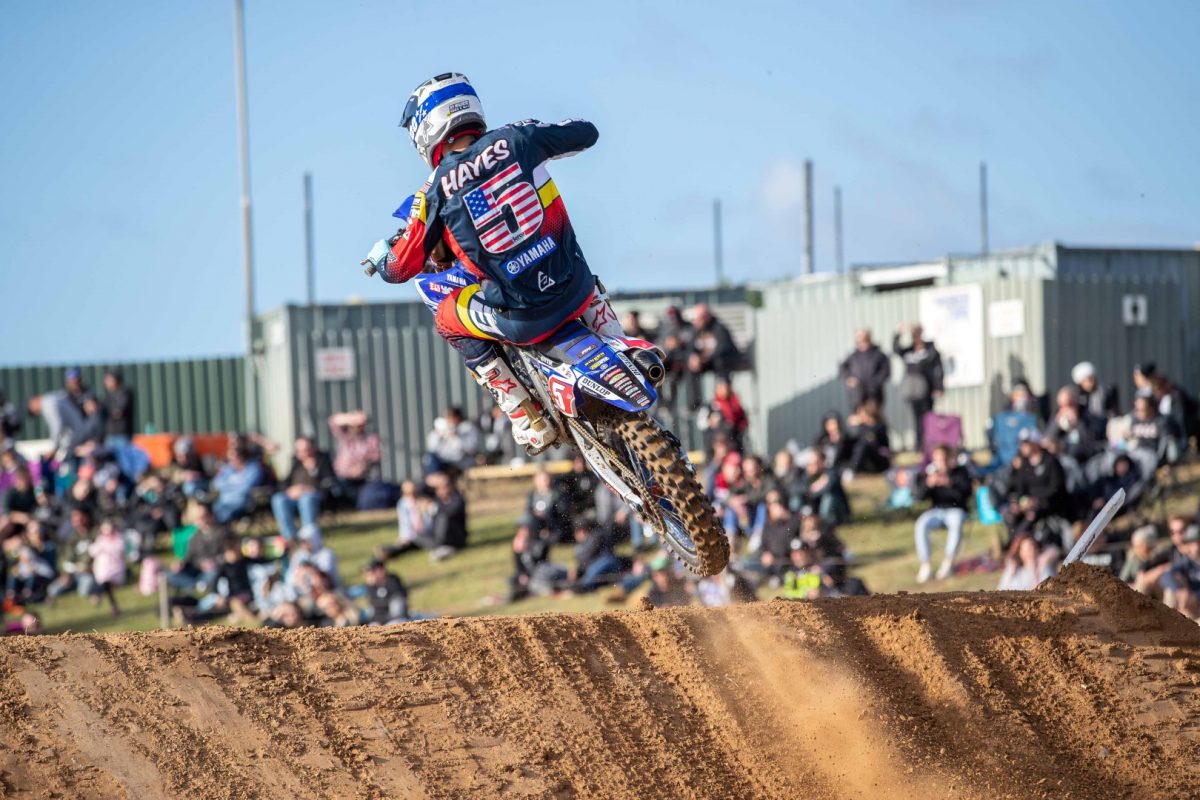 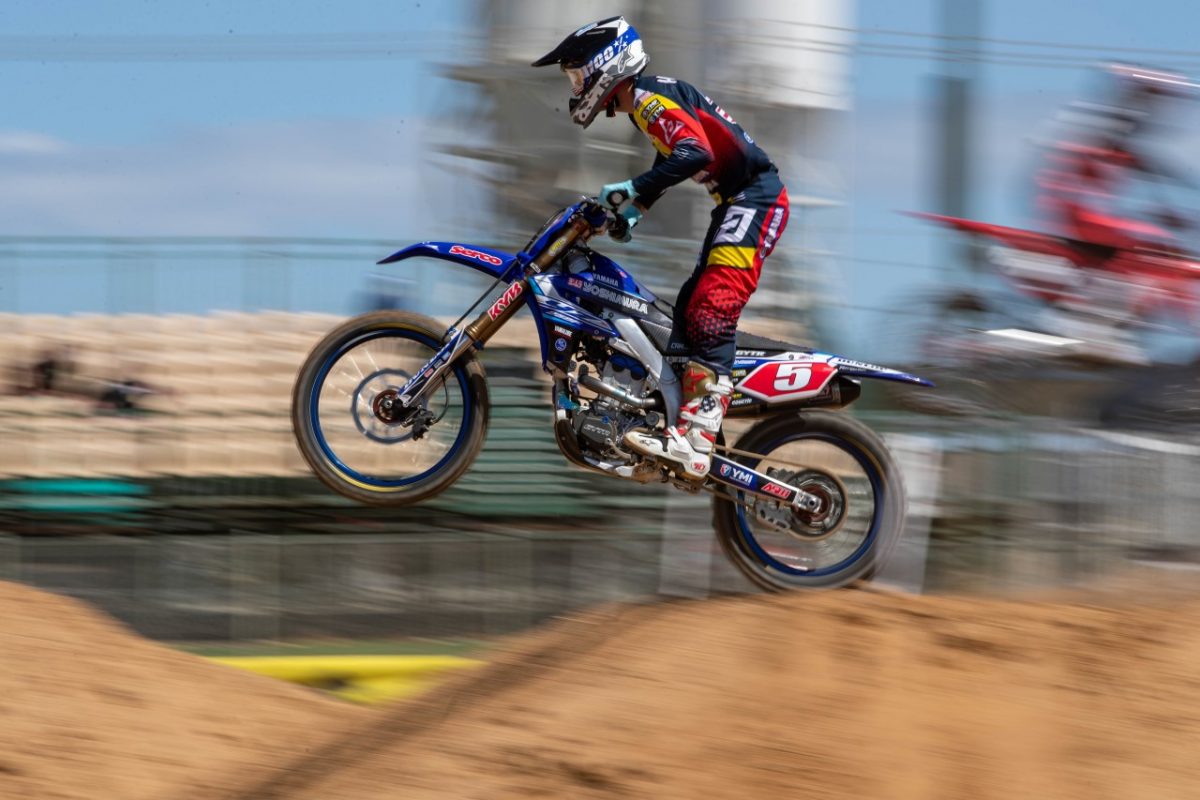 Unfortunately, it wasn’t the finish to the night that teammate, Jacob Hayes was looking for. Carrying the championship lead into the round, Hayes looked in great form throughout the afternoon as well as the Superpole event. He posted the fastest lap in Superpole and was confident of a big showing in the 15 lap final.

Hayes started just outside the top five in the main event and was looking to move forward quickly. He squared up the turn before the big combination section and tried to make the first three jumps in only to land short and fall awkwardly.

The impact left him sore and dazed and out for the remainder of the race. He was helped from the circuit but uninjured. The DNF (did not finish) has seen Hayes drop to seventh in the championship but with three rounds and plenty of races remaining, there is still time to mount a championship charge.

“I was probably a bit impatient,” said a clearly frustrated Hayes. “I could see the top five or six riders were all pretty tight and I wanted to get to the front as quickly as I could. Being a 15 lap final, I had more time and should have just picked my way forward.

“Fortunately, aside from feeling battered and a bit of a headache, I’m doing ok. I will take a couple of days off to rest up and then get stuck back into it. Three rounds and three round wins would be a nice way to finish off the championship,” he offers.

Serco Yamaha will now focus on round three of the championship at Wollongong, then followed by Auckland and Melbourne in quick succession. 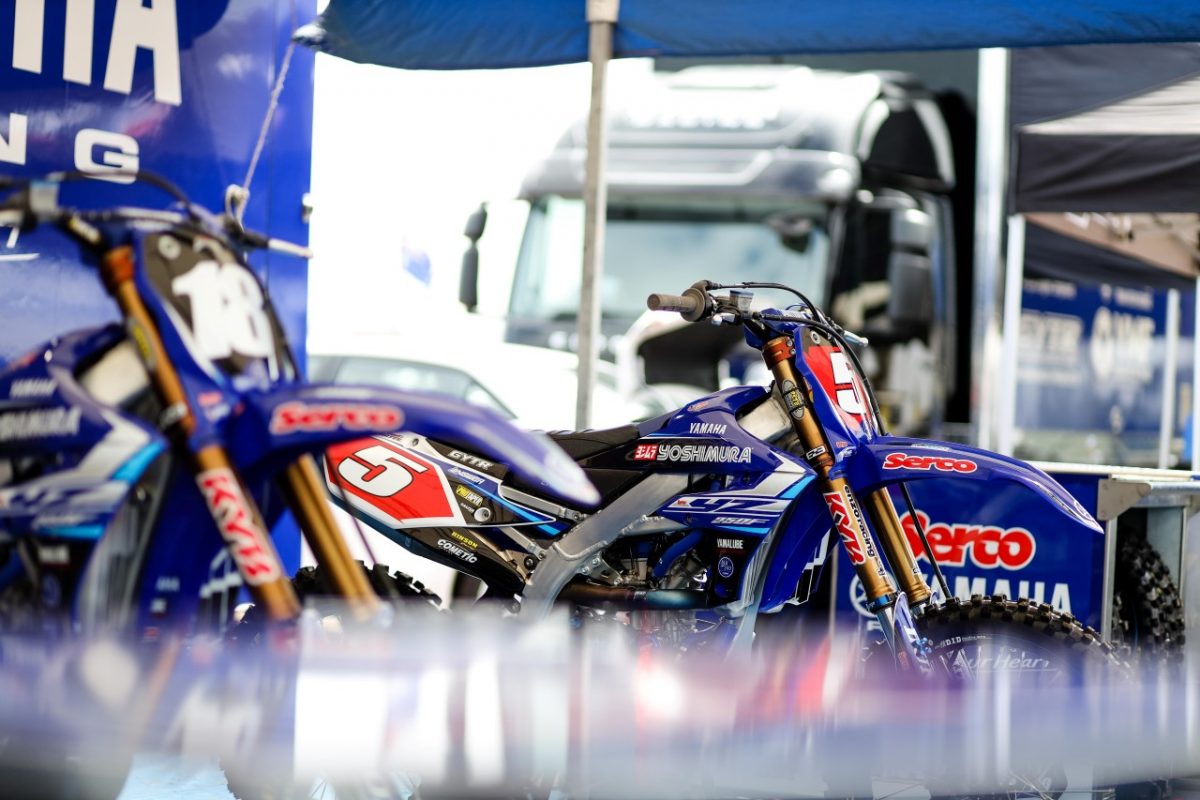