With the commencement of the Australian Supercross Championship this weekend, both Justin Brayton and Jay Wilson will be sporting #1 plates on their respective machines, and will no doubt be ready for a fight in their title defending campaigns.

For Brayton, the target is well and truly on his back, with the American having won the last three SX1 Championships in succession. For season 2019, the 34-year-old expects the competition to be stronger than ever, however is confident in his preparation along with the added support from Honda Racing Corporation (HRC) and has his eyes fixed on championship number four.

Determined to knock Brayton off his perch is a whole host of fast Australian’s, with the newly signed CDR Yamaha Monster Energy pilot Daniel Reardon eager to add to his championship tally. Reardon has amassed a total of four Australian Supercross Championships, with one SX2 and three SX1 Championships – his latest coming in 2015. Brayton’s Penrite Honda stable mate – Brett Metcalfe, will also look to go one better this year, having finished a close second to the American last year. 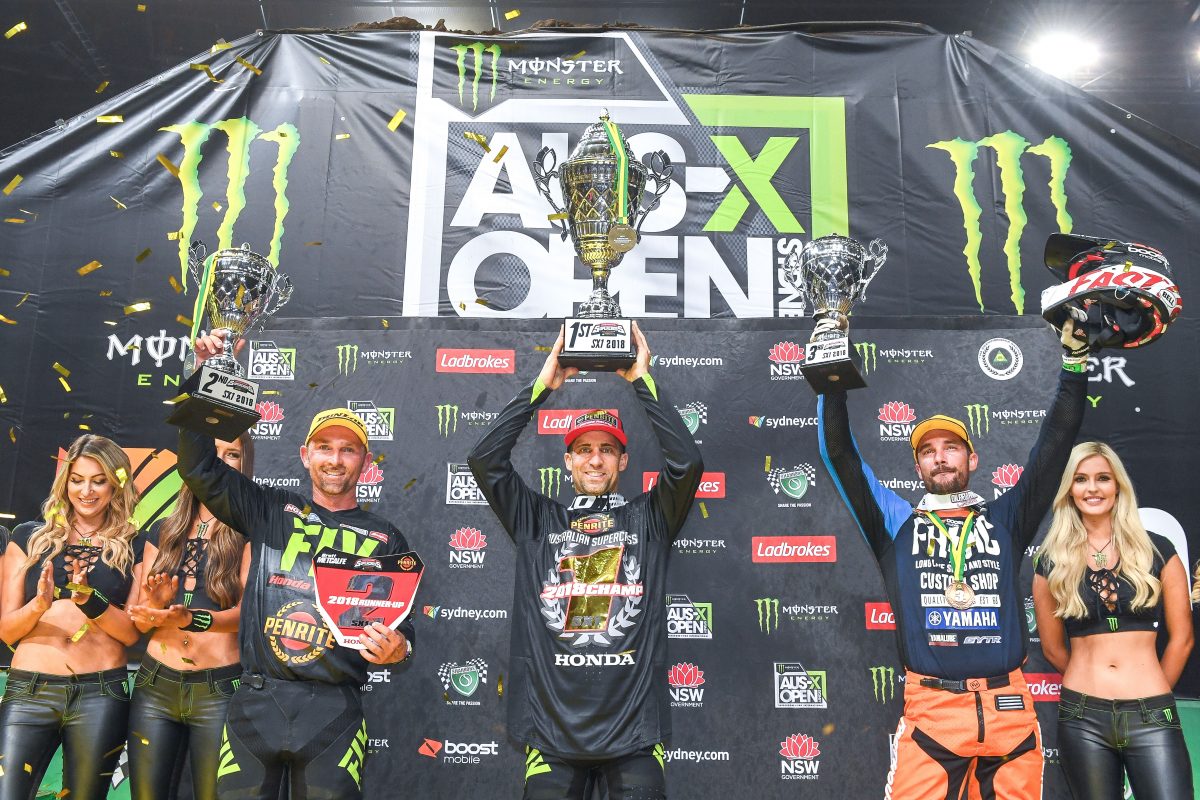 In the SX2 division, 26-year-old Jay Wilson heads into the series with a year of development under his belt on his GYTR Yamaha machine, and under the guidance of Mike Ward and Josh Coppins, will look to go back to back domestically before his World Championship assault in 2020.

“Last year we entered the season with a whole new machine which we were trying to get to know, and it was a bit of a bonus to win the title. After a whole year of continuity, our preparation is miles ahead of what it was last year,” commented Wilson.

Strategies for winning championships can vary from rider to rider, and season to season, with Brayton last year winning the opening three rounds and then logging consistent results for the final two rounds. For Wilson, winning the opening two rounds gave him a point’s buffer over the competition, before posting consistent results to bring home the title. For 2019, Wilson explains that there’s no certain game plan, other than doing the best he can, week in, week out.

With the 2019 field being deeper than ever, with new contenders, previous points leaders and determined veterans all lining up behind the gates, both Brayton and Wilson will have their hands full for this year’s championship, with the first gate drop in Brisbane’s entertainment centre this weekend.

Tickets for round one are available from just $45 at www.ticketek.com.au – book your chance to see some of Australia’s best take on the American’s today! 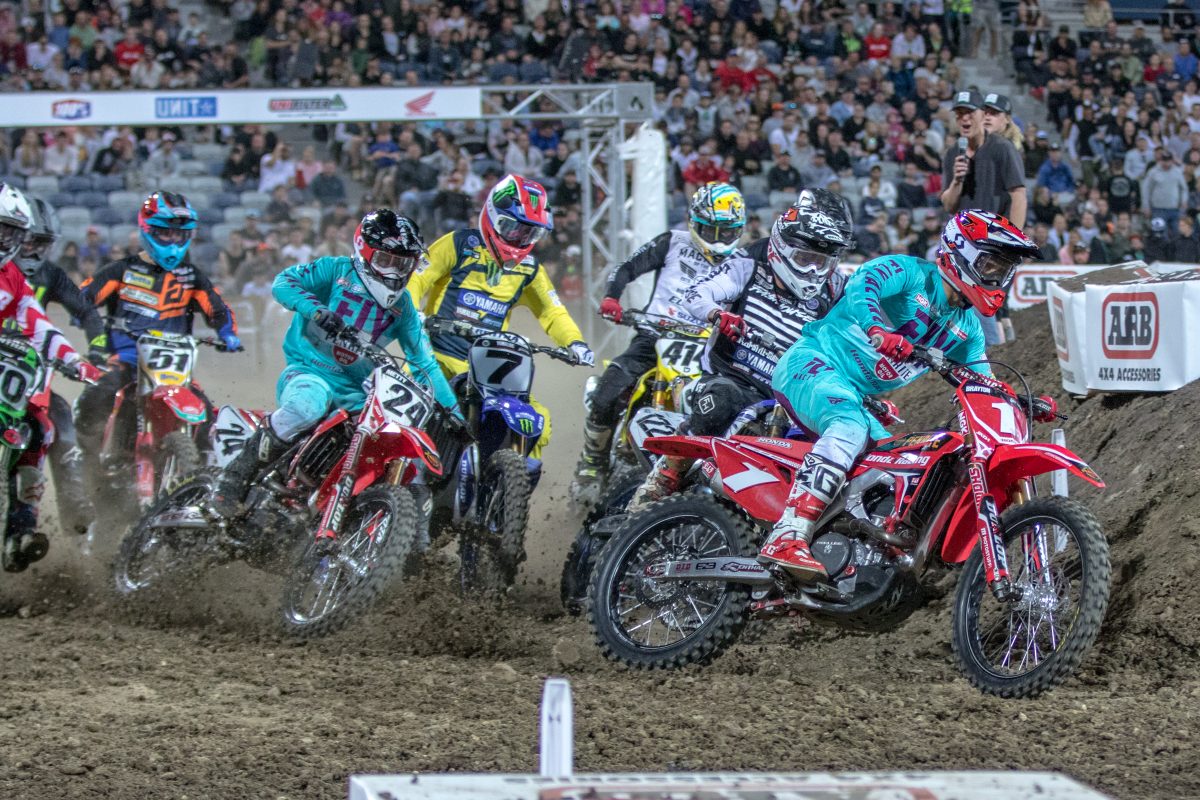